When Fordham Law professor Deborah Denno, Ph.D. welcomed her students to class on Feb. 1, the agenda featured Joshua Dressler, a guest speaker who was an expert in the use of the insanity defense in death penalty cases.

But in addition to Dressler, a distinguished university professor emeritus and law professor at Ohio State University, the class also had a second, unannounced guest: Akron School of Law professor Margery Koosed, who like Dressler has been deeply involved in the ways defendant’s mental states are factored into death penalty cases.

Dresseler’s talk focused on the 2020 Supreme Court case Kahler v. Kansas, when the high court ruled that the state of Kansas did not violate the eighth and 14th amendments to the U.S. Constitution when it limited the ability of a convicted murderer to use the insanity defense.

During the class, Koosed told the class that the state of Ohio pursued a different direction from Kansas by barring the death penalty for people with severe mental illness. She also explained the reasoning behind that decision.

It was the kind of “learning from the pros” moment that Denno has been aiming for with her criminal law lecture series. 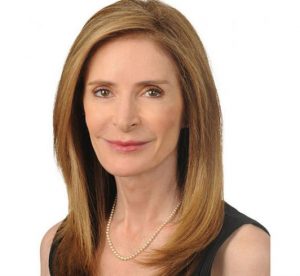 “It was really a luxury to have her participation. Koosed is  well known, and I thought, ‘I have two people who are  outstanding talking about his topic,’” said Denno, the Arthur A. McGivney Professor of Law and founding director of Fordham’s Neuroscience and Law Center

Denno has long structured this class around guest speakers; last year the class was visited by the defendant, the defendant’s attorneys, and a juror involved in the 2010 case People v. Kenneth Minor, which revolved around the murder of a motivational speaker and resulted in an overturned conviction based on how the evidence was considered.

This year, the fact that classes are taking place online has vastly expanded the pool of potential speakers and, in the case of Koosed, guests who can also contribute. It also means the classes can be open to the public, which wasn’t feasible last year.

The series, which focuses primarily on issues related to mass incarceration, runs through April 26. On Mar. 15, the class will host Aya Gruber, a professor of law at the University of Colorado School of Law and the author of The Feminist War on Crime, (University of California Press, 2020).

Future guests will include L. Song Richardson, the incoming president of Colorado College, and Judge Jed S. Rakoff of the United States District Court for the Southern District of New York, who will talk on April 5 about his book, Why the Innocent Plead Guilty and the Guilty Go Free (Farrar, Straus and Giroux, 2021).

“It’s exciting for the students and me to get to hear from people who have just worked on a major enterprise because they’re going to know this area better than anyone. If you’ve written a book, you’ve been living and breathing this topic nonstop,” she said.

Classes generally last three hours and feature an hour-long presentation, a discussion between students, and a discussion with the main speaker. This year, Denno has opened the presentation portion up to the public, with the caveat that in general, outside attendees must be passive observers. Even so, the classes offer a window into the inner workings of the law field.

When Fred Smith Jr., an associate professor of law at Emory University School of Law, joined the class on Feb. 22, he spoke about a follow-up to Abstention in the Time of Ferguson, a 2018 article he published in the Harvard Law Review. His piece challenges the idea that the federal courts should steer clear of interfering with state courts because today many states criminalize poverty. A shift like this is key to ending mass incarceration, Denno said, and student feedback is invaluable to the scholarship addressing it.

“The students add a totally different perspective, and they’re also freer thinkers. In any profession, you get insular, and you’re all speaking the same language, but students aren’t like that,” she said.

Denno noted that Richardson’s duties as incoming president of Colorado College would have made an in-person appearance highly unlikely. Likewise, Gruber and several other speakers are sandwiching their appearances between two classes they’re teaching that day, something that only a virtual format allows.

Raila Brejt, a third-year law student, said the loss of in-person instruction has been offset by the caliber of the speakers in the class.

“What attracted me to this was the way to we get to do a deep dive into these complex topics and hear modern scholars and professors and judges that are grappling with the issues, and seeing it firsthand,” she said.

The hybrid nature of the class—part lecture and part experiential—also translates well to Zoom, said Brejt. As a psychology undergraduate who has a master’s in school counseling, she found parallels in the lectures to two papers she is working on about the Fifth Amendment and food regulations.

“[Professor Denno] facilitates because she also gets us into the material, so we’re talking back and forth with these professors and judges, and we’re talking to them like we’re their peers,” she said.

“What also makes it interesting is normally you teach toward an exam, but here she wants us to grapple with these issues and she wants us to engage with themes, to see common threads in the current problems with our justice system and how to resolve them.”

Workshops are held on Monday afternoons via Zoom. Times will vary.
To attend, contact Deborah Denno at ddenno@law.fordham.edu