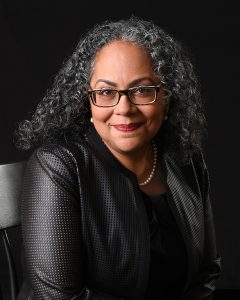 When Cleon Brown, a white sergeant with over a decade of experience on the Hastings, Michigan, police force, submitted DNA to Ancestry.com in 2016, he hoped to clarify stories he’d heard about having Native American ancestors.

Instead, the site informed him that he was of 18 percent African descent. And that, he alleged in a lawsuit he filed against the city a year later, was when the trouble started. His colleagues nicknamed him Kunta after the character Kunta Kinte in the miniseries Roots, and ultimately, he was denied training he needed to maintain his rank.

For Tanya Hernandez, Brown’s case, which was settled last month, is the perfect example of how discrimination is alive and well in the United States, even for people of mixed-race ancestry. Hernandez, the Archibald R. Murray Professor of Law at Fordham Law, cites Brown’s case in the opening of her new book, Multiracials and Civil Rights: Mixed-Race Stories of Discrimination (NYU Press, 2018).

“This needs more attention in order to dispel a growing trend of people in the public discourse viewing discrimination about mixed-race people as different, and talking about it in ways that undermine discrimination law for everyone,” she said.

Brown’s case, she said, shows how multiracial discrimination can happen to a person even if they don’t identify as multiracial. 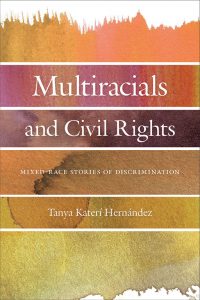 “I’ve been doing this work for many years, and I started to see this emerging group of people writing about multiracial discrimination, and characterizing it as something novel and new, and how that necessitated changing our civil rights laws,” she said.

“That didn’t at all correspond to my own experience as a mixed-race person of Latina and African origin, so I thought, ‘I need to look at this a little more closely.’”

For her book, Hernandez explored lawsuits that claimed discrimination against multiracial individuals in housing, employment, education, criminal justice, and public accommodations. Employment cases were most common, which she said wasn’t surprising. She was more surprised to learn that people who file claims against housing discrimination tend to win them much more often, and even more intrigued to learn that many of those cases were actually brought by white grandparents and parents of multiracial couples.

A white grandmother might buy a condominium in Florida, and catch flak from fellow residents when her multiracial grandchildren come to visit, or a landlord might stop by an apartment and see a picture of a nonwhite grandchild on the wall, and then mysteriously decide the tenant is a problem.

“I can’t say I find it surprising, given everything else, but at the same time, it was something that I took note of that I didn’t expect,” she said.

Hernandez said these examples show how in the legal realm, discrimination can be thought of as not a “white versus black” dynamic, but a “white versus everything else” phenomenon. And it should give pause to those who advocate abolishing affirmative action, including members of the Supreme Court who look at the growth of mixed-race citizens and ask whether the country really needs policies of social inclusion anymore.

“The thinking is, people are finding ways to have relations across race lines, so that must mean that the race lines are no longer significant. How will we be able to draw lines if everyone is mixed? These arguments are very familiar to me because they’re part of a long-standing Latin American racial discourse with regards to management of race,” she said.