skip to main content
Return to Fordham University
You are at:Home»Inside Fordham»Faculty Reads»Faculty Reads: Zephyr Teachout on the Challenges of Corralling Corruption

On Friday, March 6, Fordham Law hosts a who’s who of international experts on political corruption, including Preet Bharara, U.S. Attorney for the Southern District of New York, who will deliver the keynote address for the free daylong public conference. 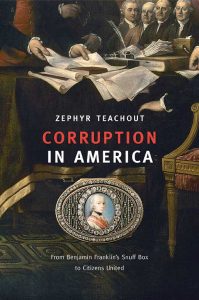 Among the legal academics, prosecutors, defense lawyers, economists, and political philosophers who will contribute to panel discussions will be Fordham Law associate professor of law Zephyr Teachout, who ran for governor of New York last year and who recently published Corruption in America: From Benjamin Franklin’s Snuff Box to Citizens United (Harvard University Press, 2014)

Inside Fordham asked Teachout about political corruption in the United States.
Q: The Supreme Court’s Citizens United ruling is widely understood to have opened the floodgates of money into political campaigns, and, given the current makeup of the court and Congress, seems unlikely to be overturned anytime soon. What led to this, and does your book address what leaders can do in the meantime to tackle corruption?
A: I actually think the most important thing we can do about modern “legal corruption” is to change the way we fund campaigns. I think that’s a higher priority than overturning Citizen’s United—although that’s also essential. But the deepest corruption in our system comes from private financing of political campaigns themselves. In my book, I argue that we should engage in some modern trust busting—breaking up big companies that have undue power in our political system and that tend to be involved in campaign funding. Comcast and JP Morgan, for instance, are companies that are in different ways either too big to fail, or too big to allow for competitive markets.

Q. How did we get to this place?
A: How we got to this place is a complicated story, and I’ve puzzled over why and how the Supreme Court has made the decisions it has. It started in 1976 with Buckley vs. Valeo (a landmark ruling that struck down Federal provisions limiting spending in political campaigns).
There are a lot of different factors. One is the adoption of a law-and-economics model of society, where you see markets as a better way to distribute goods and services, and [have]a real suspicion of democratic practices.

Q: How did your own experience running for governor affect your perspective on the role of money in politics?
A: It was a not a new topic for me, because I’ve been studying it for along time, so I felt if not more immune, more ready for how intense it was. Having said that, there’s something different experiencing it compared to writing about it, and the drag of having to spend so many hours fundraising is harder than you think. When I think about the ways I’ve written about in terms of how it corrupts you, I hope it didn’t corrupt me. But I could certainly see the opportunities in a lot of conversations to sway one’s interests to one’s donors’ interests. 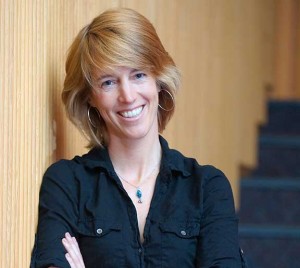 Q: Notwithstanding rulings like Citizens United, what gives you hope of a national effort to return to a truer democracy?
A: Well, I think we’re in pretty bad shape right now. It’s not just the impact of money in politics; it’s the fact that people are able to use money so that politicians aren’t serving the public. The sin isn’t in the money; it’s in the system. But the hope comes from the fact that we’ve been in worse situations before, like in 1900. We’d just fought the Civil War; African Americans had no political or economic rights to speak of; suffrage had been active for decades but women still couldn’t vote; anti-monopolists had been talking about concentrated power; and railroads and big oil really ran the country. If you were to look around in 1900, you might have felt entirely hopeless.
The hope I get now is from seeing that organizing efforts and awareness—none of which moved in a straight line—allowed us to get out of one of the worst times in our history. I don’t know the precise way we’re going to get out of it [now], but I believe that politics is luckily stranger than we’ve ever imagined.
Q: What do you expect to get from the March 6 conference?
A: I’ve been approaching corruption from the legal angle and I’m looking forward to learning from people who come at it from other angles—especially the international approach. I also think the time is right, especially in New York, where there are significant questions about both legal and illegal corruption. I tend to think Albany is a third-rate political culture in a state that deserves far better.

For more information about the conference, which is free and open to the public, visit the event web page.