skip to main content
Return to Fordham University
You are at:Home»Inside Fordham»Expert on Transnational Justice to Speak at Fordham

The killing of six Jesuits, their housekeeper and her daughter in November 1989 was one of the most horrific episodes of the Salvadoran Civil War, and one in which the perpetrators were long left untouched by justice. 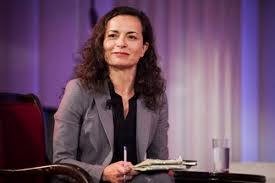 On Tuesday evening, Almudena Bernabeu will detail how she helped right that wrong, via a landmark court case filed in 2008 against senior Salvadoran officials for their role in the massacre.

His conviction in May, 2013 of overseeing the deliberate killings by the armed forces of at least 1,771 members of the Maya Ixil population during his 1982-83 rule was the first time in history that a head of state was sentenced for genocide in a national court.