skip to main content
Return to Fordham University
You are at:Home»Law»Elections Law Expert Says Work Must Continue Beyond Nov. 3

In one week, the final votes of the 2020 election will be cast. Many races up for grabs, including the presidency, may not be decided immediately, and experts are expecting court challenges will be raised in key states such as Pennsylvania and Florida.

To understand the current problems as well as future challenges, we sat down on Oct. 26 with Jerry H. Goldfeder, an adjunct professor at Fordham Law and special counsel at Stroock & Stroock & Lavan LLP who specializes in election and campaign finance law. He has served as chair of the city bar’s election law and New York City municipal affairs committee and currently serves as Chair of the New York state bar association Presidential Election Task Force. 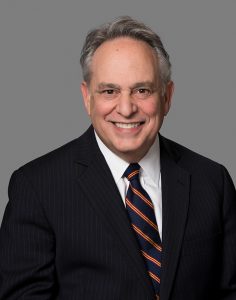 Patrick Verel: How confident are you that the election will take place smoothly?

PV: An estimated 58 million Americans have turned in ballots, which is the same number of early voting ballots that were cast for the entire 2016 presidential contest. How do you think that will affect the final results?

JG: I think it demonstrates that there’s tremendous enthusiasm by so many voters in this country. I don’t know if it will change the results because maybe more people are voting early who ordinarily would’ve voted on election day, so it’s hard to make that judgment.

PV: Last week the Supreme Court upheld the Pennsylvania Supreme Court’s ruling in favor of permitting voters to turn in ballots via dropbox and allowing ballots to be returned up to three days after election day. The vote was 4-4, with Chief Justice John Roberts siding with the court’s liberal wing. Given the fact that Amy Coney Barrett will be confirmed today to the court, do you expect we’ll see different rulings on this kind of issue in the future?

JG: Yes, I think the Supreme Court with Justice Barrett on it is going to be much more restrictive on voting rights. (Editor’s note: Barrett was confirmed by the U.S. Senate in a 52-48 vote and sworn in the evening of Oct. 26.) Usually, the federal courts defer to state court rulings, but if you recall, that didn’t happen in Bush v. Gore in 2000. In this case, there were four justices who were ready, willing, and able to overrule the Pennsylvania Supreme Court decision. So, I’m not very hopeful that the federal courts will follow their usual procedure of deferring to the state courts when it comes to voting issues.

PV: Once the final ballots are cast on Nov. 3, any future actions will take place in the courts. For those of us who aren’t versed in election law, what should we be paying attention to when we wake up on Nov. 4?

JG: We should be paying attention to whether there are cases brought in various state courts and in various federal courts. In the year 2000, it was all centered around one state: Florida. Here, depending upon what the margins are, we might expect cases brought in both state courts and federal courts in more than one state. The issue will relate to the legitimacy of expanded opportunities to vote by mail.

PV: You’ve been involved with New York state election law for many years. What changes, if any, would you like to see implemented on a statewide and citywide level in the future?

JG: I think that it would be terrific if we could establish a nonpartisan professionalized board of elections throughout the state. I think if we did that we would at least mitigate, if not eliminate, the kind of incompetence that we have seen in so many elections. That’s probably the main issue. We will have a constitutional amendment on the ballot probably in November 2021 to have no-excuse absentee voting in any election, in every election, not just during a pandemic. I think that that’s a step in the right direction. I think we could have a lot more early voting, and many more early voting polling places, and we should extend and liberalize the counting process when people just make inadvertent mistakes on their mail-in ballots so that they’re not invalidated for silly little hyper-technical reasons.

PV: Do you get the sense that around the country people are beginning to realize the importance of the actual structure of voting needs to be shored up?

JG: I think that’s right. People have woken up to the fact that the way the states conduct elections is anachronistic in many respects. It’s not made for the ease of voters, and there are all these obstacles and all of these hoops that voters have to go through. My strong wish is that after this election is over, people remain focused on the reforms that are needed.

PV: What would be one reform you would love to see that people follow up on after all this is over?

JG: I think it’s really critical that the country put its political weight behind abolishing the electoral college.

PV: I feel like that’s a whole other conversation.

JG: That’s true—that is a whole other conversation. Let’s talk about that after the election.