skip to main content
Return to Fordham University
You are at:Home»Inside Fordham»What Might the New Year Bring? Some 2014 Predictions 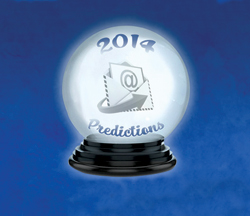 Inside Fordham asked faculty who keep an eye on contemporary events in their areas of expertise what they envision might happen in 2014.

1. Pope Francis’ Council of Cardinals Will Lay Path for Change

Since his election on March 13, Pope Francis has mesmerized those inside and outside the Catholic world with his personal simplicity, commitment to the poor, and emphasis on the joy of the gospel. In September, he established an eight-member council of cardinals to advise him on reforms in the governance of the Catholic Church; they will likely make their recommendations in 2014.

I predict that the cardinals’ recommendations will be greeted simultaneously with disappointment and excitement—excitement because they will represent concrete proposals for change in the bureaucratic and labyrinthine structures of church government, and disappointment because, in the eyes of some, they will have gone too far or will not have gone far enough. That said, however, I do not foresee Francis immediately implementing any of the contentious changes in church life and ministry that many American Catholics seem to desire: neither married priests nor female priests will be ordained in 2014, and the Catholic Church will not begin blessing same-sex unions. In a church where change is measured in centuries and decades, perhaps Francis’ longest-standing contribution will have been to strike a new, more pastoral tone.

2. It May be a Tumultuous First Year for Mayor deBlasio

I predict that Mayor Bill deBlasio may not be able to control his message as well as Mayor Bloomberg, due to assumptions being made already about his positions and due to the press feeling less obliged to him than they did to Bloomberg—a media mogul. Mayor deBlasio will probably be friendly with charter schools, but he will still attempt to address the inequity within the public schools. I don’t know if he’ll be as “zone friendly” toward development [as Mayor Bloomberg], but we know he has relationships with developers. If he is as left leaning as he claims to be, he will bump heads with Governor Cuomo.

I think that we can assume that crime is going to go up because crime is cyclical.
Another huge issue on the mayor’s plate will be negotiating several union contracts. The unions didn’t put him in office, so he’s not beholden to them.

3. U.S. is No Longer a Pivotal Player in Syria

What began as a legitimate and nonviolent oppositional movement seeking the removal of a long-enduring dictatorship has now degenerated into a mindless bloodbath that has left nearly 200,000 dead and thousands more injured.

My belief is that the United States no longer has a productive role to play in the nonviolent stage of this conflict. As such I think Washington will avoid any kind of unilateral action, whether military or diplomatic, that does not have the support of the international community and key stakeholders in the region.

The presence of al-Qaida-affiliated terrorist groups populated by foreign fighters has further complicated America’s choices. That traditional U.S. allies, like Saudi Arabia, have continued to fuel the flames of violence in Syria through their hardline position towards the Damascus government, makes a peaceful resolution extremely difficult. As such, Washington will likely remain vigilant but passive in its involvement in a conflict whose ultimate resolution can only be achieved by the Syrians themselves, however violently arrived at.

4. Obamacare Will Survive 2014 and Beyond

The Affordable Care Act will continue its course, overcoming political obstacles. It will not be repealed and is unlikely to be defunded in any significant way. Key provisions already in place regarding hospital and Medicare reimbursements have led to organizational changes that are difficult for any administration to undo. This will lead to consolidation—at least in the hospital part of the industry—in order to control costs and quality.

The health insurance marketplace is now up and running, and will be deemed a success at the end of the enrollment period. Those who can pay will find excellent “Cadillac” plans and “concierge services,” and others will have the minimum essentials. Thus, the “class system” in care will increase, with different levels of care based on ability to pay.

and professor of management systems

5. Say Goodbye to the Quiet Library

I believe that in the coming year library administrators will be making serious decisions about the use of their spaces.As libraries move from being collection-centric to user-centric, the repurposing of areas to allow for more collaborative spaces will be the trend. Library users, both academic and public, will expect their libraries to be a combination of an active learning community (hence, a bit noisy) and a haven for quiet study. Librarians will face greater challenges figuring out where they put their users than where they put their books.

There will also be an increase in programs such as Have Smart Phone Will Access: The millennials, and the generation right behind them, want every library resource and service available on their smartphones. This includes searching the catalog, exploring databases, accessing books and journals, asking a reference question, renewing a book, and placing a hold.

6. In Europe, a Transfer of Sovereign Power

What will be of Europe’s debt woes in 2014? Europe needs to let banks fail without a hefty cost for taxpayers. There needs to be a transfer of sovereign power from national banks to EU financial supervisors.

The European Central Bank supervision is expected to be an effective enough tool, and the potential failure of a big financial firm would still involve political intervention, like that which occurred in the United States in 2008.

On a good note, and despite indecision and delays, the European Union is seeking progress in transitioning from a club of “buddies” into a more integrated association of accountable nations.

As a penguin biologist, I follow the impacts of climate change on Antarctic ecosystems. We will continue to see the breakdown of the ice shelf, including the calving of large icebergs, and the resulting changes in the geography and ecology of the Antarctic region will impact penguin species differently. Populations of some penguin species (like the Emperor penguin) that rely on sea ice will continue to decline. At the same time, however, other species (like the Gentoo penguin) for which sea ice is a greater ecological hurdle will see population increases.

Will there be another major Antarctic ice break like we saw in 2013? Although we can never quite accurately predict a hurricane or the breakup of an ice shelf, such climate change-related events are imminent as temperatures continue to rise and to alter ocean currents.