skip to main content
Return to Fordham University
You are at:Home»Inside Fordham»WFUV to Fete Music and Media Legends at Spring Gala 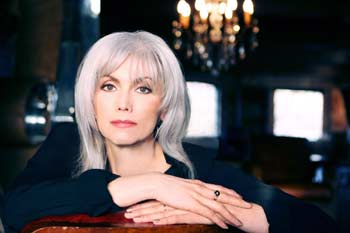 Grammy Award-winner Emmylou Harris will be honored at the first WFUV Spring Gala and will perform at the event.
Photo courtesy of Sacks & Co.

Hot on the heels of its 60th anniversary reunion in October, WFUV will throw its first Spring Gala on Tuesday, April 29 at Sotheby’s auction house.

The desire to hold a gala has been brewing among WFUV’s advisory board for several years, general manager Ralph Jennings said. With the station’s recent move into a state-of-the-art facility in the basement of Keating Hall, it made sense to expand the station’s visibility with bigger events, he added.

Academy Award-winning director Jonathan Demme will present Harris with a WFUV Sound and Vision Award, while Osgood and Scully will receive awards established in their names. Veteran television journalist Harry Smith will present Osgood’s award, which, like Scully’s, will be given annually at future galas.

Rita Houston, the station’s music manager, said Harris has always been among the artists who embody the spirit of WFUV.

“She’s an incredibly gifted and talented artist who’s not just confined to one genre. That’s the best reflection of what WFUV is about, which is musical discovery,” Houston said. “She’s always trying new things and has a really restless, creative spirit.”

In addition, Osgood and Scully were natural choices for honorees. While music such as the alt-country that Harris plays is integral to the station, its reputation for training students in news and sports reporting is among the best in the country.

Osgood anchored the first morning drive shift for WCBS-AM in 1967, and Scully’s 58-year tenure with the Dodgers is the longest of any broadcaster with a single club in professional sports history.

“If we’re giving awards, why not have one in news and sports as well, and why not develop awards and name them for the most important news and sports figures at the station? We started at the top, and went to Osgood and Scully,” Jennings said.

In addition to a cocktail reception and dinner, the gala will feature a silent auction and a live auction led by Sotheby’s auctioneer C. Hugh Hildesley.

Items available for bidding will include an Adventures in Rock VIP vacation package to see Bruce Springsteen in Dublin; access to the press box and locker room at a New York Giants game; a “Fly on the Wall” guest pass to three tapings of WFUV’s “Live at Studio A;” a guitar signed by Lucinda Williams and a pair of size 9 boots given by Harris.

ABC news anchor and correspondent Elizabeth Vargas will emcee the event, proceeds of which will go to the station.

“As the station becomes more recognized, it’s possible to do these kinds of things,” said Jennings, who noted that WFUV appreciates the help of station member Bill Sheridan for enabling it to secure Sotheby’s as its venue. “We were pleased that so many alumni came out for the reunion; I think they were pleased with what we were doing.”