skip to main content
Return to Fordham University
You are at:Home»Inside Fordham»Way to Go 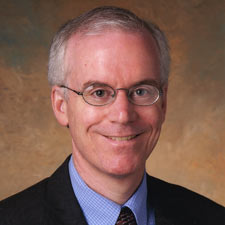 Over the past year or so, I’ve shown the admissions video Discover Fordham to four or five informal “focus groups” of current students. I’ve been struck in these discussions how often the audience will identify with one student who appears early in the film and says that her Fordham education made her realize “I still have a ways to go.”

The two-second soundbite seems to leap out and express something essential. Some make a connection between having a “ways to go” and the core curriculum, specifically about how the core opens students’ minds to the astonishing depth and breadth of human knowledge, teaching them that there is always more to know. Others talk about making similar discoveries about the limits of their knowledge through intense work in their majors, especially through directed research projects and senior thesis work. And many students note how courses, in combination with community service or global outreach experiences, taught them to recognize their own preconceptions and prejudices and spurred them to commit themselves to the hard task of reaching out in solidarity across artificial boundaries of class, race, ethnicity and religion.

In the last few weeks of the spring semester, I found myself thinking about the student with “a ways to go” as I pursued my favorite occupation at that time of year—going to awards banquets to celebrate the accomplishments of the senior class. At each of these events I heard wonderful talks and testimonials but one of these talks seems to me to have gotten it just right. At the Community Service Awards ceremony, Sister Barbara Lenniger, who serves as executive director of two Bronx facilities that assist homeless mothers, began her talk simply: “Thank you,” she said, “for your hopefulness.”

Hopefulness. That’s the quality (or more precisely the virtue) that accounts for the resonance of the soundbite. The phrase “I have a ways to go” is in fact what the late Jesuit scholar and former Fordham professor William Lynch, S.J., would call an “image of hope.” It is an imaginative expression that encapsulates in compact form a whole set of assumptions. To picture yourself as someone with “a ways to go” implies that you think of your life as a journey, that you know that to be human means that you are necessarily pitched toward a future. Such an image, of course, has deep roots in the traditions of Christian humanism that inform the Catholic university and relates to notions of the human being as wayfarer, pilgrim or even exile, the homo viator whose true home is elsewhere and whose heart, as St. Augustine says, is restless until it rests in God.

Recently, Professor Cathleen Kaveny of Notre Dame has argued that “the most urgent task of a Catholic college—and especially of a Jesuit college in our time and place—is to nurture the virtue of hope . . . and to serve as a beacon of hope to the broader community.” She argues that, especially in these deeply troubled times, when injustice, entrenched poverty, epidemic disease, seemingly ceaseless war and the threat of environmental catastrophe make it so difficult not to lapse into hopelessness, “it is the task of a Jesuit college to educate for hope.”

The hope discussed here is nothing like the easy optimism or simple belief in some mechanical force of progress that often masquerades as hope. For St. Thomas Aquinas hope is, by definition, focused on things that are difficult; it is a virtue that takes as its object a “future good, difficult but possible to attain.” Each of hope’s chief enemies, presumption and despair, functions primarily as a distortion of the real difficulty posed by real-world problems: presumption underestimates difficulty, substituting reductive analyses and quick fixes for patient and realistic work; despair inflates the power of difficulty, mistaking it for impossibility.

The virtue of hope is vital, I think, both to the intellectual mission of the Jesuit university and to its commitment to service beyond the university. The intellectual mission asserts that it is possible to seek the truth that integrates the academic disciplines even while paying full attention to the multiplicity of truths that are refracted through the full range of disciplinary lenses. This, after all, is the implicit argument of our core curriculum—that it is hard, but not impossible (we hope) to discern unity in multiplicity, that truth is worth the effort to pursue, even when we know we’ll always have “a ways to go.” Hope is also the virtue that allows us to persevere, no matter how many times our efforts meet with disappointment, in our efforts to redress injustice, alleviate suffering or increase the reign of peace in the world. Indeed, as the philosopher Joseph Pieper writes, it is hope that allows us to see our disappointments not as failures (or merely as failures), but, to the contrary, as steps in a necessary process of disillusion that brings us ever closer to seeing the real nature of intractable human problems, a process that ends in the wisdom that tells us we cannot effect any real or lasting change alone. We must, in other words, be men and women for and with others, if we have (or are to have) any hope at all.

So I am inspired to think that my student focus group—and Sister Barbara—have it right: that a key distinguishing characteristic of students who graduate from Fordham College at Rose Hill is their hopefulness, and that deep and realistic hope is the chief gift that the Class of 2007 is bringing into the world. I know that such an assessment squares with my own sense of the class, which has shown its keen intelligence and its great and restless heart in countless ways, through academic accomplishment, through the tireless service that its members have performed, and through the spirit of confident humility that I’ve seen expressed over and over in the young men and women of this class whom it has been my great privilege to come to know. If it is indeed true thatyou are leaving here in hope and as a beacon of hope to others, then we may be forgiven, I hope, if we take a moment to congratulate ourselves on work well done—as long as we wake up tomorrow back on the path with a renewed sense that we all have a “ways to go.”

Editor’s Note: This column is adapted from Dean O’Donnell’s valedictory speech at the Encaeniaceremony in May.