skip to main content
Return to Fordham University
You are at:Home»Inside Fordham»University Honors Faculty Who Bridge Dreams and Reality
John Harrington and Maura Mast served as masters of ceremonies at the event.
There is often a lag between when a choice becomes technically possible and when an individual makes a choice and changes their life, said Anne E. Fernald, PhD, professor of English and women’s studies at Fordham College Lincoln Center.

Fernald made the remarks in a lecture at this year’s Arts and Sciences Faculty Day on Friday, Feb. 5 at Fordham’s Rose Hill campus. 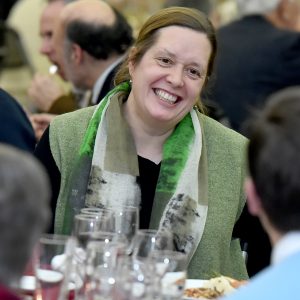 In her talk, “Choice and Change: Modern Women, 1910-1950,” Fernald examined the lives and works of five women: Virginia Woolf, Vira Brittain, Jessie Fause, Sylvia Townsend Warner, and Margaret Wise Brown. She noted how like them, many young people’s lives can follow “a rather ordinary social script and then, somewhere in adulthood, take a left turn.”

It was no coincidence that each of the women came of age during a time of extraordinary changes that included women’s right to keep their own earnings and the right to vote.

As a teacher, Fernald said she is interested in the role that narrative plays in helping students understand their choices and their ability to change.

“We tell young people ‘You can be whatever you want to be,’ but again and again we see how conditioning limits choices,” she said.

When Fernald speaks to students of adventurous decisions made by others, like Syvia Townsen Warner’s decision to provide medical support during the Spanish Civil War, she notices her students’ heads go down as if to say, “I could never do that.”

Fernald said that most of the women she spoke of achieved their dreams, though many of the characters they created emphasized the struggle to do so. But she said the point of teaching through narrative is to allow students to dream a bit longer, even if some of their dreams seem impractical.

“We narrow choices for ourselves, so what we want as teachers is for students to keep things open as long as possible, even if we have to be aware of things like the need to get a job,” she said. 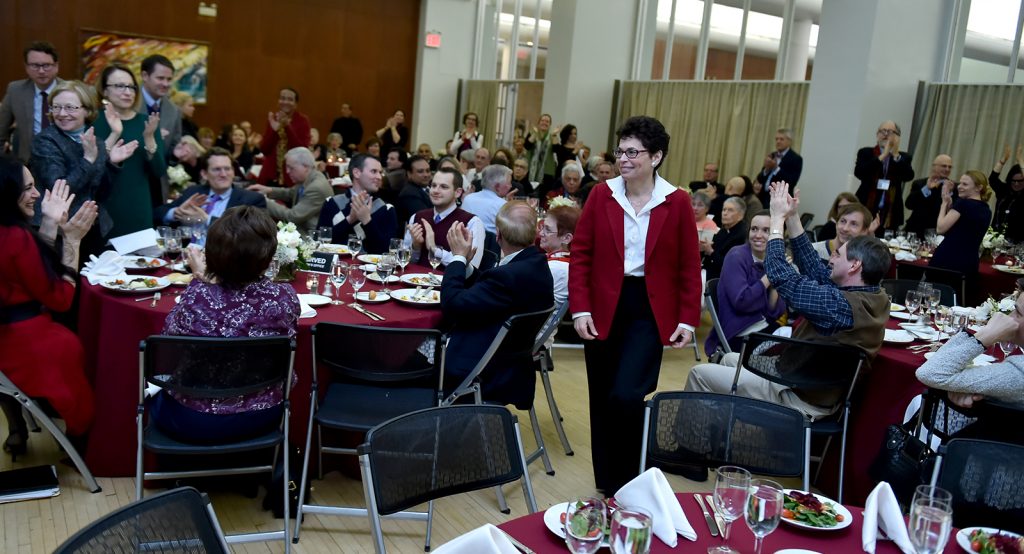 The award for Undergraduate Teaching in the Social Sciences went to Amy Aronson.

At a reception and dinner following the talk, Awards of Excellence were given to faculty members who help students navigate their dreams alongside practical decisions. Their contributions were touted in the many student comments that were read aloud during the award presentations.