skip to main content
Return to Fordham University
You are at:Home»Inside Fordham»University Community Grieves Over Loss of FUP Editorial Director 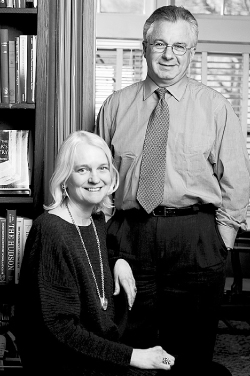 The Fordham community mourns the loss of Helen Tartar, editorial director of Fordham University Press (FUP), who was killed on March 3 in an automobile accident in Colorado.

Tartar joined FUP as editorial director in October of 2003, after a 20-year career in scholarly publishing on the West coast. During the last decade she helped strengthen FUP’s reputation in the traditional areas of philosophy and religion, and expanded far into other areas such as anthropology, literary studies, and political theory.

“Helen Tartar spent her career nurturing and promoting the work of other scholars,” said Joseph M. McShane, S.J., president of Fordham. “In her, the humanities had an eloquent and tireless champion. Her loss is deeply felt at Fordham.”

A highly sought-after editor in the humanities, Tartar was able to attract well-known scholars to FUP, with such authors as Judith Butler, Veena Das, Jacques Derrida, Geoffrey Hartman, and Jean-Luc Nancy choosing to publish with FUP and helping raise its profile nationally and internationally.

“Helen was one of the most passionate and dedicated editors in the academic publishing community, and I feel fortunate to have had the opportunity to work with her for the past five years and to collaborate with her on transforming [the]Press into one of the leading scholarly presses in the United States,” said Fred Nachbaur, FUP’s director.

In all, Tartar brought more than 650 acquisitions under the FUP logo.

There will be a memorial service for Tartar on Tuesday, April 8, from 6 to 8 p.m. in McNally Amphitheatre, in the Law School, at Fordham’s Lincoln Center campus.