January marks the birthday of Edgar Allan Poe, but it is also the month that annual Edgar® Award nominations are made for the best in crime writing. Fordham Professor of English Leonard Cassuto, Ph.D., himself an Edgar® nominee, shares his personal ten best hard-boiled crime novels. 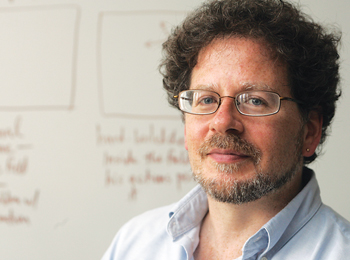 “It’s hard enough to sum up hard-boiled literature in ten books without having to rank them,” says Cassuto, “So I present the following in alphabetical order.”

Lawrence Block, When the Sacred Ginmill Closes (1986):The best entry in Block’s best series, starring the alcoholic, moralist, vigilante, and oh yes, detective Matthew Scudder. Block is a fabulist at heart, and in Ginmill he spins a terrific, mordant fable.

James M. Cain, The Postman Always Rings Twice (1934):Briefly banned in Boston, this short novel is worth reading for the sheer propulsive energy of Cain’s prose alone, which conveys the sexual urgency that drives the plot. Postman is the first of a handful of great books that Cain wrote; other standouts include Double Indemnity and Mildred Pierce.

Raymond Chandler, The Long Goodbye (1953): Most of Chandler’s novels are genre classics, but Goodbye is his most ambitious. It’s a character-driven story of friendship and betrayal, with Philip Marlowe, perhaps the most memorable character in American crime writing, at its emotional center.

Dashiell Hammett, The Maltese Falcon (1930): The best book by the most influential crime writer of the 20th century, the man who brought popularity and critical acclaim to the new hard-boiled style in the late 1920s. You saw the movie. Now read the book.

Thomas Harris, Red Dragon (1981): Harris may be the second most influential twentieth-century crime writer, for it was he who refined the formula for the serial killer story as police procedural. (Though Lawrence Sanders’s The First Deadly Sin could easily have set those wheels in motion.) Red Dragon, the best of Harris’s slender output, introduces the character of Hannibal Lecter, the most memorable villain in the entire crime canon.

Patricia Highsmith, The Talented Mister Ripley (1955): Years after her death, Highsmith is finally receiving her due as one of the most imaginative crime writers around. Her bleak vision received its quintessential expression in the character of Thomas Ripley, a wonderfully compelling antihero. Highsmith subsequently wrote four more novels about Ripley, but the first one is the best.

Chester Himes, The Heat’s On (1966): Chester Himes’s career turned on irony: frustrated by the commercial failure of his literary fiction, he turned to crime novels to make money—and his crime novels brought the acclaim he had been seeking. Himes’s crime stories are set in a Harlem that brims with con men seeking targets. Good and bad guys alike engage in a carnival of violent and grotesquely funny schemes: this is satire with dark and angry purpose, written with a light touch.

Stieg Larsson, The Girl with the Dragon Tattoo (2005; English translation 2008): Larsson’s Millennium trilogy begins with The Girl with the Dragon Tattoo, a departure from the Swedish title, which translates, roughly, as “Men Who Hate Women.” The English title is an improvement because it points to what makes the series special: the character of Lisbeth Salander, one of the most interesting superheroes of this or any other time.

John D. MacDonald, The Green Ripper (1979): MacDonald’s Travis McGee series, which ran from the mid-sixties through the mid-eighties, is one of the enduring monuments of postwar crime fiction. Beach bum McGee acts as a “salvage consultant,” recovering things that people have lost in exchange for a percentage of their value. In The Green Ripper, the best of the later installments in the McGee saga, the person who has lost something is McGee himself.

Richard Stark (a pseudonym for Donald Westlake), The Hunter (1962): The first in a remarkable series of novels that break all of the storymaking rules, The Hunter introduces Parker, a main character with no interior life, and no goals other than his work as a robber. Yet the Parker novels, written in a style so plain that “bleak” might be a better word for it, are utterly hypnotizing.

Cassuto is the author of Hard-Boiled Sentimentality: The Secret History of American Crime Stories(2009), which was shortlisted for the Edgar and Macavity awards and also made a Ten Best list of its own, named one of the Ten Best crime and mystery books of the year by the Los Angeles Times.
www.lcassuto.com