skip to main content
Return to Fordham University
You are at:Home»Inside Fordham»Top Ten Fall TV Shows Not to Miss

Paul Levinson, Ph.D., professor of communication and media studies, has established himself as a keen observer of popular culture, one who can provide insight on everything from YouTube to iPhone to Wii. On his media blog, Infinite Regress, (http://paullevinson.blogspot.com/) he regularly discusses episodes of some two dozen television shows—as well as the occasional movie and political hot potato. 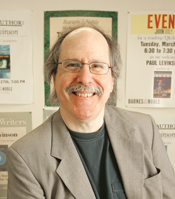 1. Friday Night Lights is ostensibly a show about a high school football team in Texas. Really it is about family life in a small town where a coach and his wife care for their two daughters and all manner of realistic and appealing students who struggle with the problems of our current existence. On DirectTV.

2. Dexter is about a sociopath with a heart, who works in the Miami police department by day and moonlights as a serial killer. He coolly preys on other serial killers, ferociously protects his family and schemes constantly to keep his secret. Packed with black humor, irony and punch-in-the-stomach surprises. On Showtime.

3. In Treatment tells the story of a psychotherapist’s sessions with his patients (and his own as a patient) five times a week—or five times more than you see new episodes of any other television show. The sessions penetrate the human psyche more deeply than you’ll usually see on television or in the movies. On HBO.

4. House picks up a television chestnut—the medical drama—and gives it a radical new twist. The doctor is not only a genius, but an antisocial crank and drug addict. It features medical mystery, personal heartbreak and the triumph of human intellect over all-but-inexplicable maladies. On Fox.

6. Criminal Minds is probably the most intense and intelligent police investigation show you’ll ever see, featuring a group of FBI profilers who have extraordinary talent in tracking down the most depraved killers. Unflinching, brutal, not for the squeamish, this show will grab you by the collar and not let go. On CBS.

7. Medium is about a psychic who works for the Phoenix district attorney. Turns out her three daughters have this ability, too. A riveting mix of suspense and humor, imaginatively produced, based on real psychic Allison Dubois. On CBS.

8. Fringe is about a mad scientist, his son, a special FBI bureau and what happens when the scientist breaches alternate realities. Probably the best science fiction show currently on air, unafraid of confronting the intellectual paradoxes and emotional dynamite that come with pulling the rug of reality right out from under us. On Fox.

9. Lie to Me details the adventures of a psychologist who can read faces to help police and other clients discern the truth. It is based on the work of non-verbal psychologist Paul Eckman. It mixes in photos of real politicians to make points about faces that lie, and provides a good blend of police procedural and romance. On Fox.

10. Caprica is a prequel to Battlestar Galactica, which told the story of humans vs. Cylons in the dark reaches of space with stark style and searing intelligence. Caprica tells how the Cylons were invented on a planet not much different from our own, and explores virtual reality, artificial intelligence and their intersection with corporate and everyday life. On SyFy.