skip to main content
Return to Fordham University
You are at:Home»Inside Fordham»This Month in Jesuit History: Jesuits Dedicate Themselves to Education 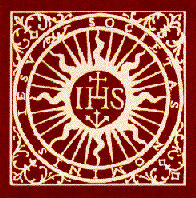 In December 1551, the Society of Jesus explicitly embraced a pursuit that had been drawing more of its attention over the prior three years. The Jesuits had opened several schools since 1548—including the Collegio Romano in Rome, which would be the first Jesuit university—and the order’s leadership in Rome was growing enthusiastic about the potential of this new mission.

St. Ignatius Loyola, founder of the Society, was concerned that running schools would conflict with the poverty and mobility he envisioned for the Jesuits. But he also saw the good that the Society could accomplish through education. On Dec. 1, in letters written by his secretary, Juan Alfonso de Polanco, he encouraged the establishment of Jesuit schools in various parts of Europe.

Recalling his own experience, he envisioned studies that encompassed the classics, theology and the humanism of the Renaissance era in which he lived. A formal plan of studies for Jesuit education, the Ratio studiorum, would come five decades later.