skip to main content
Return to Fordham University
You are at:Home»Faculty Profiles»Thinking about IT: Silver Explores Tech/Human Interactions 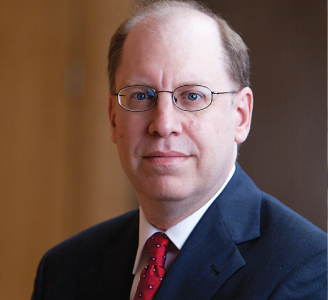 You may know how to use technology—for instance, which buttons to push—but do you ever stop and think about how you use technology?

Mark Silver, Ph.D., certainly does. Silver, an associate professor of information systems in the Schools of Business, studies the design of information technology (IT) systems and the consequences of how people use them. He argues that these outcomes, good and bad, intended and not, follow from the interaction of people and organizations with the design features of the technology.

“Why do we build systems? Why do we acquire systems? And why do we use systems, whether we are talking about big systems or iPhones? Ultimately we are trying to accomplish some objective,” he said. “And, at the same time, we want to do so while avoiding any negative side effects.”

Silver developed what he describes as “a lens for looking at IT.” He breaks down the topic into three pieces: the design of systems; the people who use the systems; and the consequences of the interactions between them. When it comes to systems design, he proposed two attributes that are vital to understanding the consequences of information technology: system restrictiveness and decisional guidance.

“Everyone thinks of IT as being enabling, but anytime you rely on a technology, that system also restricts and limits you,” he said. Recognizing the system’s restrictiveness may be as important, or more important, than what it enables.
The simplest example of a restriction is technology’s dependence on electricity; when power fails, a system is no longer useful. In the workplace, a company that wants to enforce hierarchy might also make it difficult for employees to e-mail someone who is five levels above them in seniority. Restrictions also arise when a developer omits a feature in order to contain costs.

Restrictions are not inherently good or bad, but they are usually consequential. When Silver started paying his credit card bill online, his bank gave him two options: pay the minimum amount due, or any amount he wanted. It did not give him the choice to simply pay the full balance back; to do that, he had to figure out the amount on his own.

“They don’t want you to pay the maximum, so I believe they deliberately make it not impossible, but difficult—with more restrictions—for me to do what I want,” he said. “When you start to look at systems in this manner, you see lots of examples where someone has designed a system to make sure you do it their way and not your way. As a consumer, you probably want to be aware of that.”

Notwithstanding the system’s restrictions on what you can do, there is the question of how the technology influences what you actually do, which Silver terms “decisional guidance.” How, for instance, do you choose a camera from Amazon.com? For that matter, how did you choose to look for a camera there in the first place?

“Ultimately there are lots of ways to make this decision and lots of parameters one has to enter. To what extent does the system deliberately or inadvertently guide the choices you make?” he asked. “Each of these attributes—restrictiveness and guidance—represents a design choice, and they are not independent of each other. But it is not clear that the vendors and designers themselves are always consciously thinking about these issues.”

Silver’s goal is to get the public to think more about the relationship between users, technology, and consequences so that people and organizations can leverage the benefits while avoiding the pitfalls of IT. Focusing on the concept of affordances, adapted from the field of ecological psychology, is one way to do that. Affordances are the possibilities for goal-oriented action afforded by an object to a specified group of users. For example, a set of stairs might be easily climbed by some people but not others; it therefore affords climbability to some, but not everyone.

This idea was the focus of “A Foundation for the Study of IT Effects: A New Look at DeSanctis and Poole’s Concepts of Structural Features and Spirit,” which Silver co-wrote with M. Lynne Markus in 2008 for the Journal of the Association for Information Systems. The article won two best-paper prizes from industry professionals.

“The affordance view helps explain why different users of IT may experience different consequences,” he said. “In business, collaboration technologies that enable groups to work together to develop corporate strategy might afford a group nothing if its leader is autocratic. On the other hand, a group that is focused on consensus and equality could be afforded much power by such tools while collaborating and arriving at a decision.”

Silver presented his ideas on “How to Think about IT” as the keynote speaker at the Sixth Annual ILAIS conference in Israel in 2012. His “IT lens” is reflected in “The IT Interaction Model,” an approach he co-authored for teaching IT to MBA students, and in a set of fundamental principles that he uses to structure his undergraduate courses.

“Students want to learn the latest and greatest technology, but it’s gone by the time they graduate,” he said. “My goal is to teach them what is more fundamental and what will be more long lasting.”