skip to main content
Return to Fordham University
You are at:Home»Faculty Profiles»Theologian Unites Orthodoxy and Democracy

The perennial clash between religion and politics has sparked debates for centuries—arguably millennia. 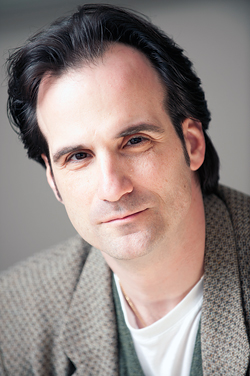 Aristotle Papanikolaou, Ph.D., argues that Christian Orthodoxy and democracy are compatible, despite their fundamentally different views about the human being.
Contributed photo

However, Fordham theologian Aristotle Papanikolaou, Ph.D., is making the case that the two belong together.

In his book The Mystical as Political: Democracy and Non-Radical Orthodoxy (University of Notre Dame Press, 2012), released Oct. 25, Papanikolaou, a professor of theology, documents the rocky relationship between Orthodox Christianity and modern politics—specifically liberal democracy.

“[Modern] liberal democratic theory, though, is calling for people to separate their political and religious identities.”

The cause for debate, Papanikolaou explained, stems from the political histories of traditionally Orthodox countries in Eastern Europe. For more than a millennium, dynasties and dictators maintained strongholds in the region, choking off any political diversity. But with the fall of communism—which had followed centuries of governance under the Byzantine and Ottoman empires—Orthodox Christians were finally freed from authoritarian rule.

As a result, said Papanikolaou, Orthodox Christianity was unprepared for newer political systems.

“Orthodox Christians never grappled with changes in political theory that occurred around the 17th and 18th centuries, and they never confronted the emergence of what’s known as liberal democracy,” Papanikolaou said, referring to the philosophy of John Stuart Mill and other 18th-century Enlightenment thinkers. “Now that communism is gone, these orthodox countries have to figure out how to engage with democracy.”

While not all Orthodox Christians resist liberal democracy, certain groups of Radical Orthodox thinkers have strongly opposed it, claiming that it is grounded in an anti-religious ideology. These thinkers contend that the language of human rights and individualism—language characteristic of democracy—at best supports religious pluralism, and at worst verges on an atheistic worldview.

Orthodoxy and democracy may differ on that point, Papanikolaou said, but that does not mean the two are inherently discordant.

To show that the two are not diametrically opposed, Papanikolaou draws on the Orthodox principle of theosis, a term that signifies the process by which a human being becomes one with God. Theosis, he said, is ultimately a union about love; because Christians believe that God is love, becoming one with God means to become as loving as God.

And this love is not limited to family and friends, but also extends to strangers.

“Theosis has everything to do with politics because the political arena is where you have to confront the stranger, the person most unlike you, that you don’t agree with, that doesn’t share your beliefs,” he said.

The political arena, then, is not barred from the spiritual life, but rather, is essential to it.

“It’s the place where you work out this commandment that Jesus gave: to love God with all your heart, mind, and soul, and to love your neighbor as yourself. You don’t just do that in church; you do it in the midst of your political community… in a way that affirms things like rights and pluralism—even if you disagree.”

In addition to his work at Fordham, Papanikolaou is a senior fellow in the Christian Jurisprudence II Project at Emory University’s Center for the Study of Law and Religion. His participation in this project inspired his work on The Mystical as Political.

This year, he was awarded a Sabbatical Grant for Researchers from the Louisville Institute to study how elements of Orthodox Christianity might help veterans returning from war. The project, “The Ascetics of War,” will analyze Orthodox concepts such as theosis and virtue ethics, in relation to war.

The results will serve as a resource for pastoral counselors, since some veterans are more comfortable approaching a member of the clergy than a mental health counselor for help.

“When combat veterans come back home, some of them have a difficult time loving… They worry about waking up in combat mode and hurting their own kids, or their partner next to them,” he said. “Their bodies have been trained to react to the constant threat of violence… which makes it difficult to love.

“But one thing that Christians struggling to be in close union with God realize is that, [in order to]to learn how to be more loving, the body has to be trained in a different way.”