skip to main content
Return to Fordham University
You are at:Home»Faculty Profiles»Theologian Seeks to Uncover Peter’s Path to the Papacy 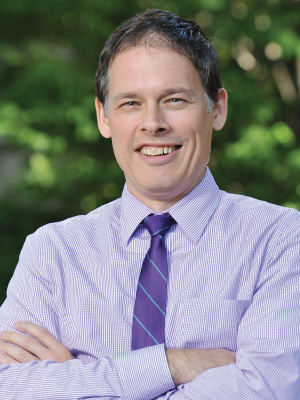 In 2007, the Roman Catholic Church’s Congregation for the Doctrine of the Faith gave a candid account of what distinguishes Catholicism from all other Christian traditions.

The Congregation, whose purpose is to defend and “spread sound Catholic doctrine,” defined these other traditions as “defective” because the traditions did not recognize the bishop of Rome as the “visible head of the Church;” and thus do not adhere to Catholic doctrine claiming the bishop was the direct successor of the Apostle Peter.

For Catholics, the link between Peter and the papacy is sacrosanct, acknowledges theology Professor George Demacopoulos, Ph.D.; so what would it mean for the faith if that link was largely mythical?

Demacopoulos’ latest book, The Invention of Peter: Apostolic Discourse and Papal Authority in Late Antiquity(University of Pennsylvania Press, 2013), throws the doctrine of Petrine primacy—the idea that Peter passed on his personal authority to each and every Roman bishop—into question.

The story stems from a passage in Matthew’s gospel. In it, Jesus chose for Simon the name “Peter,” based on a pun on the Greek word petra, meaning “rock,” and declared, “Upon this rock I will build my church.” As tradition goes, Peter then traveled to Rome, where he founded the Roman church, became the city’s first bishop, and was later martyred. These accounts of Peter’s activity helped situate Rome as the center of Christian activity.

But the traditions of papal distinction, Demacopoulos argues, are rooted in legend rather than history.

“It’s very much an open question whether or not Peter ever went to Rome, let alone served as its first bishop, or was even martyred there,” said Demacopoulos, who is the director and co-founder of Fordham’s Orthodox Christian Studies Center. “The Book of Acts, which is a kind of apostolic history contained in the Bible, includes none of these legends. Peter’s story just kind of ends.”

A lack of evidence did not prevent early Christian leaders from appropriating these traditions, however. In his book, Demacopoulos describes how fifth- and sixth-century popes used the connection as a rhetorical tool to assert their political influence: Aligning oneself with Peter became a powerful way to gain authority and take a forceful lead in the Christian ministry.
However, it wasn’t enough to simply call oneself Peter’s heir—it was only effective if other Christian leaders acknowledged it.

“Other powerful leaders needed to court the Bishop of Rome as an ally for their own interests,” Demacopoulos said. “And by the fifth and sixth centuries, these other figures learned that the way to purchase papal allegiance was to shower Roman bishops with affirmations connecting his authority to Peter.”

Because the Roman bishop was in the ancient capital of the empire, he already wielded more power than bishops of smaller locales. But when the government moved the capital to Constantinople in the fourth century, it became more urgent for the Roman bishop to find new reasons to promote the basis for his authority. Promulgating the story of Peter and Rome assured local authorities, including other bishops, that the Roman bishop was closely linked to the church’s holy founders, and thus, deserved a special place within the hierarchy.

“By the seventh century, Christians just assumed that all of these fictional connections were true,” Demacopoulos said, “And it has been part of the Christian narrative ever since.”

Exploiting the historical gap between Peter and the papacy could create major problems, but Demacopoulos doesn’t see it that way. As co-director of the Orthodox Christian Studies Center, he is a strong advocate for reconciliation between Christian traditions. Along with co-founder and theology Professor Aristotle Papanikolaou, Ph.D., Demacopoulos views the center—the only one of its kind at a Western research university—as a platform to promote ecumenical dialogue through research, conferences, and public lectures.

Demacopoulos hopes that his book will be another resource to heal one of the oldest and most enduring divisions among the world’s Christian churches.

“Over the centuries, one of the things that has stood in the way of Christian unity is the escalation of claims of self-importance by the papacy and the other powerful Christian bishops,” he said. “If there’s ever really going to be any serious reconciliation, I think both sides would do well to step away from claims that can’t be substantiated historically.”

Demacopoulos emphasized that being historically honest would neither devalue the pope’s authority nor deny Peter’s importance to the faith; clinging to folklore, however, will only cause division and disillusion the faithful.

“I think it does the church no good in the long run to perpetuate a myth,” he said. “The pope is important, has always been important, and will always be important beyond a fictitious connection to Peter.”