skip to main content
Return to Fordham University
You are at:Home»Inside Fordham»The Law Beyond the Ivory Tower 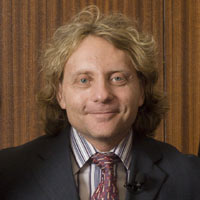 A university should not be a closed campus. There is a responsibility to teach students, but there is a similar duty owed to the general public, an obligation to illuminate the world for ordinary citizens. The ivory tower works best not as a dungeon—sealed off and insular, clubby and claustrophobic—but as a beacon that addresses the concerns of people who sit in the open classrooms of life.

One of the problems with American higher education, to my mind, is the failure of universities to perform this necessary communal function. Professors teach students who pay for the privilege of receiving wisdom. And professors create scholarship by writing books and articles, and delivering papers at conferences and symposia.

All of this is valuable, but it is also largely a private conversation, shared only among others who hold the same academic degrees, who speak the same academic jargon, and who comprehend the world using the same theories and models. It is a game of inside baseball where academics excel at speaking mostly to mirror images of themselves.

But shouldn’t universities also be able to speak to those who have already graduated from college, or who never even attended college, all those who possess basic questions about the mysteries of life and wish to uncover fundamental truths? This, too, should be the mission of a university. Indeed, providing the community with a deeper understanding of the surrounding world is the highest form of public service, the most righteous way for universities to deploy their resources for the public good.

At Fordham Law School, under the leadership of Dean William Treanor, there is a commitment to the world beyond the classroom. The Forum on Law, Culture & Society, as one example, is dedicated to exploring the public’s enduring fascination with the legal system. What is it about the law, and the lawyers and judges who serve it, that makes for such compelling art and, yes, even entertainment? Why is it that artists throughout the ages have looked to the workings and failures of the law as prime influences on the artistic imagination?

No matter what people think about lawyers personally, they can’t seem to get enough of them in the broader culture. Many people exist on a cultural diet consisting of the Law & Order franchise, or John Grisham novels, or Court TV, or even The People’s Court. Citizens are routinely obsessed with the trials of the day, whether it was O.J. Simpson or the contested will and then custody dispute involving Anna Nicole Smith.

Shakespeare, Dickens and Dostoyevsky centered some of their most important works of art on the law. Indeed, far too many people organize their lives around the law—they sue others as a perceived remedy to their despair; they tune into the law when they become bored; they push their children to enter the legal profession as if law schools are like Little Leagues. The legal system is, after all, the nation’s true national pastime.

Yet the question is why? What draws people to the law, and why do artists feel the need to create so much drama out of the law and its failures?

The programming that the Forum on Law, Culture & Society creates is focused primarily on answering these questions. The purpose is to invite the general public to Fordham Law School to learn more about the legal questions that weigh on the minds and imaginations of all those who are either forced to come before the law, or the vast majority of others who luridly witness the legal system as eager spectators.

Over the past two years, the forum has hosted public programs dealing with various cultural representations of the law. And a great many in our audience had no formal connection to the law. What they did have was an immense curiosity about the workings of the legal system, and a desire to see the ways in which the law has been incorporated into the broader culture.

And we have had our share of distinguished guests. Playwright Tony Kushner and novelist E.L. Doctorow discussed the Rosenberg trial and execution as a continued source of artistic inspiration. Film director Sidney Lumet and television writer and producer Tom Fontana discussed the making of art in this age of torture and terrorism. Novelist Scott Turow spoke about the phenomenon of the legal thriller and what makes it such an intoxicating experience for readers. Judges Marilyn Milian, from The People’s Court, and Alex Ferrer, from Judge Alex, shared their thoughts on why the general public watches real-life TV courtrooms with the obsession of daytime soap operas.

We have also hosted law professors, judges, journalists, elected officials and public intellectuals, all of whom were deeply conversant in matters dealing with the impact of the law on the lives of ordinary citizens. On Nov. 15, Jill Eikenberry and Michael Tucker, Emmy-nominated actors from the award-winning and culturally iconic dramatic television series, L.A. Law, will be our guests as we discuss how the show transformed American culture, glamorized the legal profession and inspired an entirely new generation of lawyers.

Our film festival has also drawn large crowds, all seeking moral clarity in the law and a place where the community can come together to discuss the lessons that can be learned from a feature film about the legal system. Do movies accurately depict the legal system or do they merely exploit the law for dramatic gain? Some of our past and upcoming post-screening guests have included actors, novelists, and writers.

Hopefully, with all of these public offerings and in opening our doors to those without law degrees, the forum has managed to demystify the law, and made it more accessible, and perhaps, somehow humanized it, as well.