skip to main content
Return to Fordham University
You are at:Home»Inside Fordham»Students in ‘West Wing’ to Focus on Domestic and Foreign Affairs

The West Wing will debut this fall at Fordham, but it has nothing to do with the popular television show that ended in 2006. 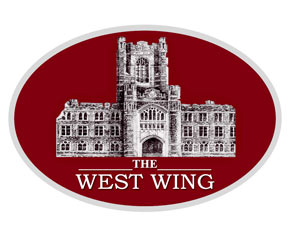 “The West Wing: Integrated Learning Community (ILC) for Ignatian Leadership and Civic Service” allows sophomores and juniors from Fordham College at Rose Hill (FCRH) and the College of Business Administration (CBA) to live in the west wing of O’Hare Hall. There, they will focus on political affairs, international relations and domestic policy through an enhanced lecture series, community service projects and special trips.

The West Wing ILC will focus on aspects of ethical business leadership and corporate citizenship, which are valuable in a world where “government and business interests are increasingly tied together,” said FCRH senior John Tully Gordon, executive president of United Student Government (USG), who helped develop the idea for the community with four other students.

“Since the University doesn’t have a school of foreign service or government relations, we thought that this might be something students could benefit from,” he said.

The program will feature eight seminar-style lectures annually, which will be followed by post-lecture discussions and a project designed to integrate the components of knowledge, reflection and action. Programming for the West Wing will concentrate on interactive activities such as career planning and mentorship, postgraduate research, prestigious fellowships and, possibly, trips to local businesses, non-governmental organizations and the United Nations.

Robert Parmach, Ph.D., freshman dean at FCRH, advised the students who helped design the curriculum for the West Wing. He suggested that Ignatian leadership and civic service be built into the foundation of the enhanced lecture series, Gordon said.

“Students will take what they learned in these lectures, which will range from international events to environmental policy and ethics, and then go into the community and perform large-scale action projects throughout the local Bronx community and greater New York City,” Gordon said.