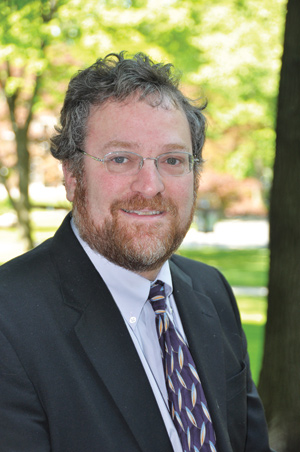 Saul Cornell, Ph.D., the Paul and Diane Guenther Chair in American History, has been enriching the current national debate on gun regulation with a historian’s perspective.

In the wake of the Newtown tragedy, Cornell’s op-eds and commentary have appeared in a variety of news outlets. This month Cornell will be part of a PBS weeklong exploration of guns in America, from their Colonial roots to their present-day politics. Flagship programs, from Frontline, to Nova, to Washington Week, will all feature the subject.

Cornell will be exercising his right to free speech on Feb. 19 at 9 p.m. on PBS nationwide, Channel 13 in New York.