skip to main content
Return to Fordham University
You are at:Home»Commencement»School of Religion Graduate Exchanges the Military for Monasteries

Living and studying among Maronite nuns in a Lebanese monastery seems a far cry from Tresa Van Heusen’s original plan to graduate from the United States Military Academy at West Point and become a doctor.

Zoom out to see the journey as a whole, however, and you’ll find that the two paths dovetail. The army captain-turned-religious-educator is graduating with a master’s degree in religious education from the Graduate School of Religion and Religious Education.

“It’s wasn’t too much of a switch,” Van Heusen said in a Skype interview from Koneitra, Lebanon. “I felt called to serve people, which is true for both.”

Van Heusen is a member of the Maronite church, an Eastern Catholic church that dates back to fourth-century Syria. Since October, she has been living and volunteering at a monastery in Koneitra to gain a deeper understanding of Maronite origins and witness how the tradition is lived out in the Middle East today. 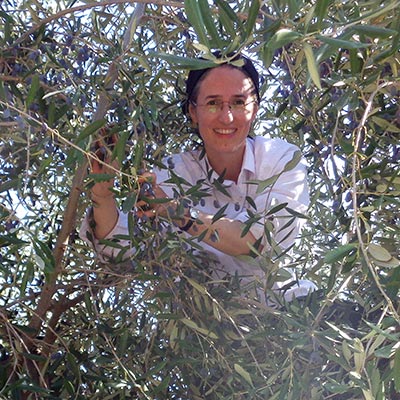 Her focus in religious education is on youth and young adult ministries. It was from the monastery that she finished her master’s thesis, in which she develops a catechesis program for American Maronite youth.

“I love working with kids,” Van Heusen said. “The younger children understand so much. They still have that awe and wonder. And teenagers have such a thirst to learn, once you can get them talking and asking questions. Even young adults—in the parish [in Worcester, Massachusetts]where I was working, we would just sit sometimes for hours. They would tell me that it’s rare they can find someone who will just sit and talk with them like that.”

Before transitioning to parish work, Van Heusen was serving as an officer in the Army. She graduated from West Point with a bachelor’s of science in chemistry and life sciences, with a concentration in nuclear engineering. She toured widely as a military police officer, participating in force protection and peace and security operations in places such as Iraq, Guantánamo Bay, Kosovo, Israel, and Germany.

However, she couldn’t ignore a growing desire to work more closely with the Maronites, whose Syriac liturgy Van Heusen finds beautiful and “poetic.” Contemplating religious life, Van Heusen left the army and entered a Maronite convent.

She ultimately did not find her vocation with this community, and eventually relocated to Our Lady of Lebanon Maronite Cathedral in Brooklyn. It was there that she first heard of Catholic Extension, a national organization dedicated to supporting underserved mission dioceses across the country.

She was accepted to the partnership program between Catholic Extension and Fordham, which allows candidates to receive a master’s degree at no cost in exchange for two and a half years working in one of the mission dioceses.

Van Heusen will return from Lebanon in June and relocate to Darlington, Pennsylvania, where she’ll be assisting the pastor at Blessed Teresa of Calcutta Maronite Mission.

“One thing that I’ve loved about Lebanon is the hospitality of the Lebanese people, which is something they’re known for,” Van Heusen said. “I remember one of the sisters trying to teach me the word for ‘hungry’ in Arabic, and I said to her, ‘But Sister, I’m never hungry—I’m always being fed!

“The more I’ve learned, the more I’ve fallen in love with the liturgy and the spirituality.”