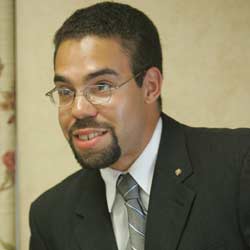 Recently we celebrated Martin Luther King Jr. Day, during which the nation took time to commemorate the history of the civil rights movement and King’s leadership of that monumental struggle. Currently, King is the only individual U.S. citizen who has a national holiday of honor. That pride of place reveals much about how our culture views this man and this social movement.

Prior to the civil rights movement, white supremacy shaped American culture and politics, especially in the South where most black citizens lived. During the age of “Jim Crow,” African Americans in the South could not vote, make demands of the state, serve jury duty, testify in court against whites, share public space with whites, or run for political office. They could not challenge white people’s authority and black men most certainly could not fraternize, in any way, with white women. Either offense could result in death by lynching.

Jim Crow culture also pervaded every element of social and intellectual life. History textbooks portrayed slavery as a civilizing institution and erased any mention of its cruelty, torture, or of slave rebellion, and the first black elected officials of the Reconstruction period were depicted as incompetent and corrupt. Black newspapers that advocated resistance would be destroyed with impunity, their publishers chased out of town at gunpoint. Indeed, the oppression black citizens faced in the American South mirrored the types of terrorism and totalitarianism commonly associated with Nazi Germany or the Soviet Union.

Given these conditions, the legal and social victories of the civil rights movement are worthy of annual celebration. Discriminatory signs no longer hang on water fountains and bathroom doors. Citizens cannot be turned away from voting booths by gunpoint. Lynch mobs led by private citizens cannot operate with impunity. In many ways, our country is very different from the one of King’s time.

Still, there is a gaping hole in our historical knowledge of this movement. The narrative of the civil rights movement is dominated by images and themes associated with the South. When historical memory only concentrates on the activism that occurred east of the Mississippi and South of the Mason-Dixon, it misses the significant forms of civil rights protest that took place in the rest of the country.

Historians of the civil rights movement are now studying communities outside the South, and the book I am writing, The Civil Rights Movement in Brooklyn, New York: CORE and the Struggle for Liberalism in New York City During the Early 1960s, is a part of this growing body of scholarship. My narrative focuses an interracial group of citizens who formed a chapter of the Congress of Racial Equality (CORE) in Bedford-Stuyvesant, one of the largest black communities in urban America. Brooklyn CORE became one of the city’s most notable—some might argue notorious—protest organizations of the early 1960s. Its history illuminates the significant role northern activism played at the high point of the national movement.
New York has long been a bastion of liberalism: in 1945, it was the first state to pass a law prohibiting racial and religious discrimination in private employment, but racial discrimination remained a problem in New York throughout the 1950s and 1960s. As civil rights activism swelled in the South, women and men in Brooklyn, N.Y., intensified the fight to eradicate racial discrimination in housing, public education and employment. (Similar movements developed in other cities.)

In Bedford-Stuyvesant the members of Brooklyn CORE were ordinary people. They worked as proofreaders, postal workers, bus drivers, librarians and mechanics. Their first campaign attacked widespread practices of housing discrimination that prevented African Americans from renting apartments in certain neighborhoods. They targeted individual landlords and realtors who refused to rent to black tenants, and their efforts gained substantial publicity in local newspapers. Many black families and individuals attained better apartments thanks to Brooklyn CORE efforts.
Brooklyn CORE was less successful when it attempted borough-wide campaigns to open employment or improve public schools. The Ebinger Baking Company, whose retail stores and distribution depots throughout Brooklyn and Queens employed hundreds of working class citizens, had an unspoken policy against hiring African Americans. For more than a year, Brooklyn CORE fought to open jobs for blacks at Ebinger’s, culminating in a dramatic standoff in which members of Brooklyn CORE lay down in front of Ebinger’s delivery trucks and prevented them from making deliveries. The company promised to hire more African Americans, but when the media attention died down and the boycotts and protests ended, it was back to business as usual.

Part of the reason Brooklyn CORE had so few victories was because most politicians, editorialists and average citizens argued that black neighborhoods were dirty because their residents did not care enough to keep them clean; public schools with large numbers of black children failed because the parents did not value education; black unemployment was so high because African Americans were lazy. A major challenge for urban civil rights activists of the 1960s was proving to powerbrokers that racially discriminatory practices existed. Because so many citizens associated racism with images they saw in the South they were blind to the ways racism shaped life in their own backyard. Historians of the civil rights movement cannot afford to make the same mistake.

Many of the issues Brooklyn CORE fought against may sound familiar. Social and economic problems continue to characterize race relations in the Untied States. Annual celebrations and historical narratives of the civil rights movement that ignore this history while glorifying the victories in the South allow citizens to think the movement is over and that it ended in a total victory. In reality, there are many unfinished struggles of the civil rights movement, and so much work yet to be done.