skip to main content
Return to Fordham University
You are at:Home»Inside Fordham»Sapientia et Doctrina: The New Face of Eminent Domain 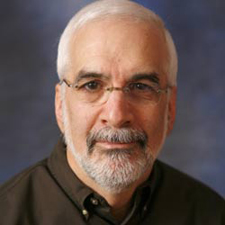 Eminent domain, the right of governments to take private property for public purposes, has recently received a great deal of attention. The controversy surrounding eminent domain goes well beyond the traditional debate over the extent to which individual property rights can be compromised to further the public interest.

The current debate deals with an expanding definition of public interest and the increasing use of eminent domain by state and local governments, not only as a tool of economic development but one that benefits private actors as much, if not more, than the public. The right of governments to take private property for public purposes, providing owners with the fair market value of the lost property, has long been recognized. And although many New Yorkers still bristle at the tales of Robert Moses destroying neighborhoods to build roads, parks and other public facilities, the current practice of eminent domain makes Moses’ ends look relatively benign.

In the 2003 U.S. Supreme Court case Kelo v. City of New London, the court ruled that New London, Conn., could exercise eminent domain to remove residents whose homes blocked the building of a Pfizer Inc. research center. The residents/plaintiffs argued that taking their property to benefit a private corporation did not serve the public interest, even if the taking resulted in an upgrading of the use of the land, producing more revenue for New London.

A majority of the court disagreed, stating that state and local governments could define the concepts of “public use” and “public purpose” as expansively or as narrowly as they saw fit. The ruling legitimized state and local governments destroying one private use of land for the sake of another private use, clearly lowering the bar for those officials seeking to use eminent domain as a tool of economic development.

Up to the 1950s, eminent domain had been used primarily for narrowly defined public uses such as roads and parks. But during that decade, the uses began to include publicly conceived projects such as Lincoln Center for the Performing Arts. Urban developers envisioned that these new types of projects would replace blighted neighborhoods with structures that would not only enrich the local tax base, but also positively affect private economic development in the area surrounding the project, multiplying the benefit.

Lincoln Center has clearly had such an impact, but there were still those who warned, at the time of theBerman ruling, that governments were now positioned on a slippery slope. Once the definition of public interest, under eminent domain, had been expanded to include economic development, it would not be that much of a leap to enable projects that, while having some public benefit (e.g. increasing tax revenues), would primarily enrich private actors.

New York state and New York City are currently employing eminent domain in several economic development projects, including the Atlantic Yard complex in Brooklyn, the redevelopment of Wilets Point adjacent to the new Mets Stadium in Queens and the redevelopment of downtown Jamaica. In these cases, small businesses or clusters of residents are being moved out to make way for more upscale development, in many cases benefiting private actors. In one of the more controversial cases of local development, Columbia University and the city used the threat of eminent domain to encourage, if not coerce, small businesses to sell their property to Columbia to make way for a new West Harlem campus.

New York City and New London are not alone in their use of eminent domain for economic development purposes. In the past two decades, state and local governments have increased their use of eminent domain, or its threat, to promote economic development where the primary beneficiary is a private actor. Why? Global competition has forced local governments to go to much greater lengths to attract business to maintain a stable local economy. Development and business capital is far more mobile than it once was. And locally elected officials have become increasingly aware that their tenure in office is dependent on private capital investment and job creation. In addition, throughout the middle of the last century, the federal government played a significant role in assisting the economic development efforts of many cities. Federal funding decreased the need for local governments to compete for more tax revenue on their own. But as the federal government abandoned cities in the 1980s, local governments were left to fend for themselves amidst a growing competitive global economy.

Following the court’s message in the Kelo decision, a few states actually tightened their eminent domain laws, redefining blight and fair compensation in ways that protected property owners against government action. In most jurisdictions, however, including New York, New Jersey and Connecticut, it appears that the imperative that local governments raise revenue any which way has resulted in a redefinition of the public interest.