skip to main content
Return to Fordham University
You are at:Home»Inside Fordham»Roman College Created to Be Epicenter of Jesuit Teaching 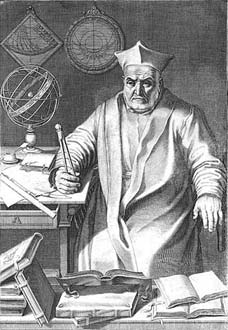 Christoph Clavius, a German Jesuit mathematician and astronomer, was the main architect of the modern Gregorian calendar.

It was in February 1551 that the Society of Jesus established the Collegio Romano, or Roman College, the most illustrious among the Jesuit schools that were rapidly proliferating around Europe.

St. Ignatius Loyola, founder of the Jesuits, gave the college extra attention, seeking to make it the Society’s preeminent educational institution and a training ground for Jesuit scholastics. He and his successors populated the college with the Jesuits’ finest scholars, including Christoph Clavius, eminent mathematician and astronomer, and Francisco de Toledo, who would be one of the most significant Catholic theologians of his day.

The college was financially strapped at first. In 1555, when Ignatius sent about 100 Jesuits out of Rome to other colleges in Europe, part of the reason for doing so was that he couldn’t feed them at the Roman College. The college gained more substantial support during the tenure of Pope Gregory XIII. It would be named in his honor, becoming the Pontifical Gregorian University.