skip to main content
Return to Fordham University
You are at:Home»Inside Fordham»Psychology Professor Strives to Find Treatments for Self-Injury and Suicide 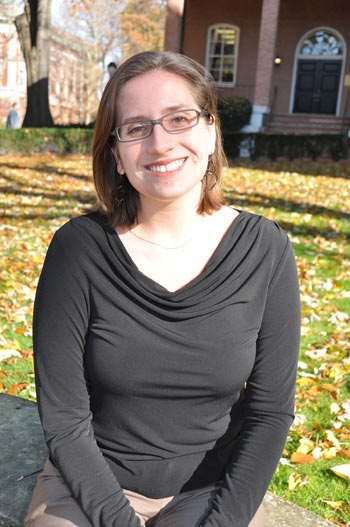 Non-suicidal self-injury (NSSI), which encompasses behaviors such as cutting, carving, scratching and burning of the skin, is a larger problem than is commonly acknowledged, according to Peggy Andover, Ph.D.

In the last 15 years, studies have shown that NSSI, once thought to affect young women with borderline personality disorder, is actually much more widespread, said Andover, an assistant professor of psychology in Fordham College at Rose Hill.

“One study found that up to about 38 percent of college students reported engaging in NSSI at least once, and 10 percent say they’d done it 100 times or more,” she said.

“These are high-functioning students. We never knew that it was so much of a problem, most likely because we didn’t ask the right questions and because it’s such a secretive behavior.”

Despite this new information, there are no empirically supported treatments that address this behavior, Andover said. But thanks to a five-year grant from the National Institute of Mental Health, which is entering its third year, she hopes to develop a treatment specifically for NSSI.

The grant is funding a study to develop and pilot the Treatment for Self-Injurious Behavior (T-SIB), which is a time-limited intervention that integrates strategies such as functional analysis, motivational interviewing and individualized behavior therapy to decrease NSSI.

Until now, most of Andover’s research has focused on identifying who engages in NSSI, which was once known as self-mutilation. In papers such as “Non-Suicidal Self-Injury in Men: Do Men Differ from Women in Basic NSSI Characteristics?” which she co-authored, Andover detailed preliminary findings that although men and women inflict NSSI in equal numbers, they may choose different methods.

“That’s really pertinent, because if you’re doing an assessment, and you ask someone, ‘Have you ever tried to cut yourself without trying to kill yourself?’ you’ve just limited yourself to people who cut. But if we’re finding that tends to be women, well now you’ve just left out all the men in your sample,” she said.

“While we definitely need to have some in-depth replications of that research, it was exciting to see that we have a 50/50 split, that there might actually be significant differences in the experience of self-injury between the genders.”

Once it is determined who engages in NSSI, the next step is to figure out why. Given that the array of behaviors is diverse enough to include self-hitting, needle sticking and interfering with wound healing, Andover said this is very challenging.

“For people who engage in NSSI for automatic reinforcement, the reason might be, ‘I just need to feel something, even if it’s just pain,’ or ‘I do it to release tension,’” she said. “But a socially reinforcing function might be, ‘I do it so I can be left alone,’ or ‘I do it because people will come and talk to me and ask me what’s wrong.’”

Andover also treats suicidal ideation, which is a separate behavior that often overlaps with NSSI. The goal is to decrease suicidal thoughts and the likelihood of a suicide attempt.

The time between a failed suicide attempt and thoughts of trying again is of particular concern, because studies show that slightly more than 20 percent of suicide attempters actually reported severe suicidal ideation within 18 months of being discharged from the hospital.

“That indicates that once somebody does come into the hospital for a suicide attempt, leaving the hospital is by no means the end of treatment,” she said. “There really is such an important need for continued treatment.”

Andover takes the clinical aspect of her job very seriously. Hard as it may seem for the general population to accept, suicidal individuals may believe that killing themselves will best serve their family members and friends.

“When I’m working with an individual, part of my work is to help him or her see options other than suicide. I express to them, ‘Maybe it’s worth giving these a try before attempting suicide,’” she said.

“We are also starting to investigate physiological sensitivity, so we can answer the question, ‘Do people who self injure just experience pain differently?’” she said.

Andover also has begun studying why people engage in one NSSI method over another. Exploring different methods is important, she said, because psychologists don’t have a good way right now to rate severity. Although cutting gets a lot of attention, for instance, her research has found that skin picking and wound healing may be more prevalent.

“Take skin picking, for example,” she said. “That can be at least as severe as cutting. If someone cuts herself, it might be one cut or it might be a couple of cuts, but it may still be still a small injury. With skin picking, there could be a hundred injuries in a sitting.”