skip to main content
Return to Fordham University
You are at:Home»Inside Fordham»Psychology Behind Motivation Forms Basis for Education Professor’s Work 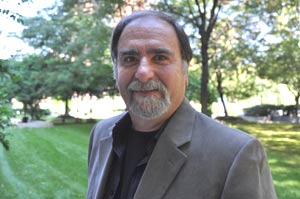 Anthony Cancelli, Ed.D., is working on a project that will gauge the effectiveness of interventions in academic settings.
Photo by Patrick Verel

What motivates students to excel? Is it a love of the subject? Their drive to succeed and impress their peers and family? Or is it a little bit of both?

These are the questions that Anthony Cancelli, Ed.D., psychology professor in the division of psychological and educational services in the Graduate School of Education (GSE) loves to ask.

Cancelli joined the Fordham faculty in 1981 and taught a number of subjects, including the role and function of a school psychologist, applied behavior analysis and nonbiased assessment. After a stint as an associate dean in the Graduate School of Education, he returned to research. This month, he submitted “Sustaining and Improving Academic Performance among College Students with Different Multiple Goal Orientation Profiles”—which he co-wrote with Akane Zusho, assistant professor in the educational psychology program, and graduate student Thomas Costello—to the journal Learning and Individual Differences.

“We wanted to see if mastery had a sustaining influence over the course of a semester. We had predicted based on previous research that there is something special about mastery orientation,” Cancelli said. “While performance-oriented students typically perform well academically, there is evidence to suggest that mastery-oriented students, even though they may not perform as well in certain circumstances, are more likely to survive the experiences much better.”

The study did indeed prove Cancelli and his fellow researchers’ hypothesis to be correct, but only for males.

“We don’t know why that was. It may be that the phenomenon is more salient for males than females, or it may be that the achievement-goals instrument we used was differentially valid; measuring the goal less well for females than males.”

They also discovered, almost accidentally, that students who were high in performance but not high in mastery who performed well on the first exam tended to do worse on their third and fourth exams.

“So after the fact, we tried to explain it by speculating that maybe it was like, when you’re performance-oriented, and you prove that you can do the work, you lose interest,” he said. “And if you lose interest sufficiently, it could impact on your performance later in the semester.”

This research is easy to translate into concrete changes in classroom settings, which is why Cancelli is currently working with five graduate students who are researching different questions, all related to achievement goal theory.

“When you think about it, there is a relation between achievement goal theory research and actual ways in which teachers go about designing their classroom, structuring their classroom and engaging their students,” he said. “Understanding the type of child that you have and why they’re engaging in their work can be influential in getting the best out of the child.”

Looking ahead, Cancelli would like to take a harder look at performance goals.

“I can be challenged by a class to best you because I’m very competitive, and I really don’t give a darn about what others think about what I’m doing or not doing,” he continued. “Then there are others who are more susceptible to what others think of their performance, whether it’s their teachers or their parents. We’re trying to parse that and see if that difference has any meaning in terms of the way that students actually engage their work and perform.

Another aspect of Cancelli’s research involves working with students in gathering data to support evidence-based interventions, which are now an integral part of psychological practice. For the past two years, he has led a graduate-level seminar in which his students identify an academic intervention at a school—such as trying to increase reading comprehension—and disseminate the effectiveness of that intervention in practice-based journals and other outlets. The idea is to close the loop of information that Cancelli said has primarily flowed from researchers to practitioners, but not the other way.

“There’s a lot of wisdom of practice that goes unrecorded. Psychologists are doing good stuff all the time, and it just goes away because they’re not recording it and sharing it with others,” he said. “We have to develop viable mechanisms for gathering and sharing this practice knowledge—creating a clearinghouse for all this information and organizing it. In the future, as a practicing school psychologist, I could just go to my computer and pull up a problem I’m trying to solve, and take a look at the various evidence-based interventions and where they may be good and where they may not be good.”