After six years as associate dean for academic affairs in the Graduate School of Education (GSE), Vincent C. Alfonso, Ph.D., is ready to take on a new challenge.

Alfonso, a professor of school psychology who came to GSE in 1994, has rejoined the Division of Psychological and Educational Services, where he will expand partnerships between the University and needy New York City schoolchildren. 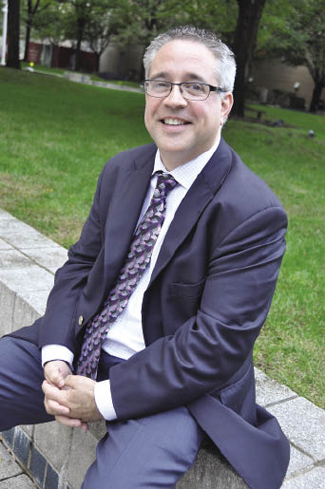 “I miss being in the administration because there were different ways to effect change, but there are also opportunities to influence change through writing, advising and mentoring students, and partnering with different agencies,”
he said.

Alfonso said working as the associate dean gave him a unique perspective on GSE and the University in general. He relished the challenge of working with multiple constituencies, from faculty members to students and administrators.

During his tenure as associate dean, he taught one class each semester and pursued his research interests, which include assessment and treatment of preschoolers, psycho-educational assessment, life satisfaction and subjective well-being, professional training and stressful life events. This semester, he is teaching a preschool assessment class and an internship seminar for students.

GSE’s outreach programs are among his priorities, too. The school is in its 15th year of the Bronx Project, in which professors, psychologists and students provide psychoeducational services at least one day a week at five to eight Catholic elementary schools in the South Bronx and Harlem.

“We’ve garnered $1.4 million; we’ve served more than 2,000 students; and we’ve had close to 100 school psychology externs—students who are gaining practical experience working in these schools,” he said.

“My goal is to expand that project to more schools, provide more services and secure greater funding,” he added.

A similar project began last spring on Roosevelt Island, where 20 graduate students, under the supervision of GSE professors, conducted educational assessments of 146 students in two schools. The schools then submitted the data to the Department of Education as part of their individual educational plans.

Aside from assisting in partnerships outside the University, such as the Los Ninos Young Child Expo and Conference, Alfonso is hoping to increase collaboration within Fordham. An upcoming conference for Catholic school principals, which he is organizing with the Office of Catholic School Leadership, is one such example.

“There are a lot of groups out there that want to collaborate and do good things, especially in these difficult economic times when education is being hit left and right, and there are so many children who need services,” he said. “When we work together, we have a better shot at helping them.”

Collaboration is a theme that reverberates through Alfonso’s research. In papers including “Review of the Battelle Developmental Inventory: Second Edition” (Journal of Early Childhood and Infant Psychology, 2010) and books such as Essentials of Specific Learning Disability Identification (Wiley, 2011), Alfonso and colleagues help address the science/practice gap.

“My colleagues and I continue to write chapters and books on assessments, and how we can translate theory and empirical work into everyday practice based on sound evidence,” he said.

Unfortunately, Alfonso said the biggest impediment to school success for children is poverty, which has been increasing for some time.

“Beyond the shadow of a doubt, poverty is the No. 1 risk factor for kids in terms of education, job attainment and avoiding incarceration,” he said.

“Many of the kids we serve in the Catholic schools are living in poverty. Often, these children are considered lazy or not so smart, but clearly the problem is that they do not have basic resources. They’re getting off to a very bad start, and the data are clear that when you’re off to a bad start, if there’s no intervention, you flatline. But when you intervene early and intensely and you maintain it through the early grades, the trajectory changes, and those kids have a higher probability of success.”

Alfonso draws a parallel between early intervention and the green-energy movement, which didn’t begin to gain in popularity until it was clear that money could be made from it. Right now, there’s little money in childhood early intervention.

“There’s a great line by Chris Rock, who says, ‘There’s no money in the cure; there’s money in the medicine. But if you cure the disease, you don’t need medicine.’

“My calling has been to serve others, and while the method and the means of doing that has changed over time, the core has remained the same, which is helping the less fortunate become autonomous contributors to society,” he said.

“You’ve got to start as early as possible for that to happen. The most important investment the country can make is in its children.”