skip to main content
Return to Fordham University
You are at:Home»Faculty Profiles»Professor Compares Civil Rights Laws Around the Globe

Is the Grass Greener?

In the mid-1990s, a jovial song released in Brazil contained hate speech uttered by a clown.

Translated from Portuguese, the song Veja os cabelos dela (“Look at Her Hair”)—composed and sung by television humorist Tiririca and published by Sony Music—went roughly like this:

“Look, look, look at her hair! It looks
like a scouring pad for cleaning pans.
I already told her to wash herself.
But she insisted and didn’t want to listen
to me. This smelly negra (black woman)…
Stinking animal that smells worse
than a skunk.”

Tanya Hernandez, professor of law, cites that song in describing the differences in how nations around the globe deal with defamatory language, ugly slurs and the question of free speech. 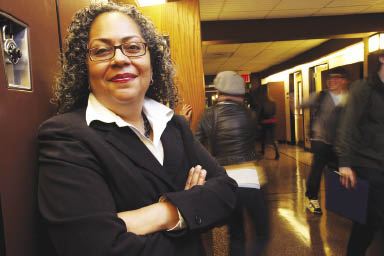 Tanya Hernandez says that a better balance can be struck between curbing hate speech and protecting the First Amendment.
Photo by Bruce Gilbert

Hernandez is an expert in comparative civil rights, critical race theory and Latin American studies, whose work concerns itself with social justice.

While hate speech is just one of many injustices perpetrated against minorities of African descent and other subgroups, it helps to illustrate significant differences between how certain nations—particularly in South America and Europe—manage civil rights reforms, in comparison to the United States.

“In the U.S. we have very strong free speech protections,” said Hernandez, author of the forthcoming Racial Subordination in Latin America: The Role of the State, Customary Law and the New Civil Rights Response (Cambridge University Press). “Even though we may not like what the Ku Klux Klan has to say, our First Amendment protects them or anyone else who expresses a racial superiority perspective. They can’t incite violence but they are allowed to speak.

“But in many other places in the world, Europe and Latin America included, there aren’t strong free speech protections with regard to hate speech.”

Instead, said Hernandez, certain nations have made strong statements by adopting criminal laws against racial invectives.

Since United States civil rights laws were enacted in the 1950s and 1960s, there has been a real backslide away from legal prosecution of hate speech, Hernandez said. Today, a court case to prosecute a racial slur would most likely only succeed if the speech were uttered for the purpose of inciting imminent violence against a group.

“There is an American conception that, since anti-discrimination laws regulate the actions that we can take, allowing people to verbally express whatever racially hostile ideas they have is an outlet that serves to diminish the action of racial discrimination,” Hernandez said.

The counter perspective, however—found in many South American and European nations—is that hate speech can actually incite acts of racism, whether that be discrimination, marginalization or—as in Rwanda and Nazi Germany—genocide.

In Brazil, therefore, hate speech is criminalized as a “public injury” to the nation, she said.

Yet when a collective of Afro-Brazilian NGOs attempted to prosecute Sony Music and Tiririca for his lyrics, courts backed away from branding the popular singer a criminal, saying instead that the lyrics were not meant to constitute Tiririca’s opinion about all black women, only one singular individual.

“Where ‘intent’ to discriminate is the focus, it’s very difficult to indict anyone,” said Hernandez about the case. “And who wants to send a popular singer who dresses like a clown into a prison with murderers and rapists?”

What ultimately worked against Tiririca, said Hernandez, was a civil court case based on a national law supporting “racial neutrality” in promoting the well-being of Brazilian citizens. A civil court concluded that the lyrics were discriminatory because they were inherently humiliating to black women. Sony must pay $675,000 to support a government fund for creating educational anti-racism youth programs for radio, television and film.

Hernandez thinks that the United States could integrate some new civil legislation that would help balance the effects of hate speech while also protecting the national zeal for First Amendment rights. Legal precedent, she said, does not take into account psychological evidence that biased attitudes are learned through biased public discourse.

Is an American citizen going to listen to a Muslim on a Times Square soapbox? In other words, is a Muslim’s right to free speech going to offset the nation’s current supply of anti-Muslim hate speech?

“A ‘free-market’ vision of free speech does not take into account that there are always some ideas that are given greater space, and some people whoare more empowered to make speeches than others,” she said.

A first-generation American of Cuban and Puerto Rican parents, Hernandez grew up in New York City with one foot in Latin culture and one foot in American culture.

“I grew up hearing this notion that in Latin America things were much better because, historically, there was never any Jim Crow legislation or mandated segregation,” she said.

While there may not have been written laws, Hernandez realized there were “customary laws,” or unwritten laws that people have followed for so long that they become part of the cultural milieu. These “customary laws,” not surprisingly, benefited lighter-skinned Latin Americans, and it is the historic exclusion of Afro-descendants through these practices that is the subject of Racial Subordination in Latin America.

“We, as a nation, have the idea that through racial equality laws we are all equal, so resistance to doing anything further about racial disparities is quite strong,” she said.

“Latin America is showing that the fight is not solely about removing racially discriminatory laws. It is also about making a country responsible for the myriad ways inequalities are in practice—whether it is in how funding is allocated, say, for public sector education, or in how priorities are set.”