skip to main content
Return to Fordham University
You are at:Home»Inside Fordham»Professor Charts the Influence of Unsung Civil Liberties Champion 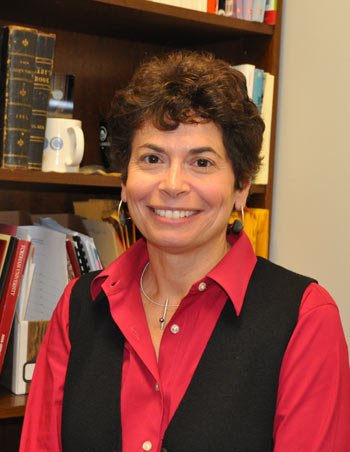 Crystal Eastman was one of the most prominent progressive reformers in pre- and post-World War I America. She was behind the worker’s compensation movement and established such progressive organizations as the National Women’s Party and the American Civil Liberties Union (ACLU). Moreover, she spearheaded a mediation plan that helped avert a war with Mexico in 1916.

Yet she is virtually unknown.

Perhaps that is because Eastman was involved in many activist organizations that spanned the range of social justice issues, making her personal history difficult to track, said Amy Aronson, Ph.D., assistant professor of communications.

Aronson is working on the first full-length study of the life and times of Eastman, whom she described as the “central actor in some of the most epochal social and cultural movements of the modern era—labor, feminism, civil rights, free speech and peace.” She hopes to uncover the hidden history of a woman who wore many hats.

“Her life helps to illustrate the interconnectedness between these different movements. From a methodological perspective, though, it is challenging to find the material. Her goals were very comprehensive; her vision for change evolved through work within multiple movements, and because of that, records are scattered across a number of different archives and collections. I think that’s one reason her contribution has been so obscured. It became absorbed into the larger narratives of other organizations and people,” Aronson said.

Another reason Eastman’s story may not be as well known, Aronson added, is that “history forgets what it wishes to disavow.”

“Eastman was a radical thinker, socialistic—though never a card-carrying Socialist—in her politics; an advocate of equality for women and for all people in every sphere of life and human experience,” she said. “She was brilliant, educated, and—at one point—a quite powerful woman who protested and testified, who agitated and acted up, even for unpopular causes—like freedom of speech and world peace.”

Although she is listed on the ACLU’s website as a co-founder, Eastman masterminded the founding of a “legal bureau for the maintenance of fundamental rights in wartime—free press, free speech, free assembly and liberty of conscience” in 1917. By 1920, that bureau would become the ACLU.

Because of how things played out, however, someone else got the recognition. It might have been a case of being at the right place at the right time, Aronson said.

“The man who is generally credited with the rise of the ACLU, Roger Baldwin, was brought on as Eastman’s assistant during a difficult pregnancy that forced her to go on bed rest. Yet he’s the name that’s remembered and his is the work that’s recalled,” she said.

In the early months of that civil liberties bureau, Eastman, an attorney, was working side by side with Baldwin, defending conscientious objectors and anti-war activists. Eastman also formulated a series of cases to test the right of free speech, which was being limited.

All the while, Eastman was caring for a newborn, her first child. “It pulled her out of the action to some extent,” Aronson said. “Baldwin, who would go on to become a famous civil libertarian, had his own vision.” Aronson found records that show that while Eastman was on leave, Baldwin channeled nearly half of the parent organization’s resources into his projects at the civil liberties bureau

“By the time she returned, the organization already had resources committed to it and a certain direction established,” Aronson said. “Baldwin’s vision of the ACLU was more domestic, much more oriented toward the First Amendment than Eastman’s, which was more internationalist. The orientation of the organization today bears his mark, not hers.”

As part of her research into Eastman’s diverse work, Aronson is creating a timeline and narrative that chronicles her many organizations and causes. Aronson will visit upstate New York, where Eastman was raised by progressive parents, both ordained Congregational ministers, who became co-pastors of the famous Park Church of Elmira after Thomas Beecher retired. This summer, she will travel to London, where Eastman lived the last eight years of her life, and authored many feminist articles that Aronson described as “ahead of their time.”

Aronson recently won a grant that will allow her to research some of Eastman’s early letters at the Schlesinger Library at Radcliffe’s Institute for Advanced Study. She also will continue to delve into the archives of groups Eastman worked with in New York City, where she was rattled into her brand of activism by the infamous Triangle Shirtwaist Factory Fire in 1911.

“It’s a labor of love,” Aronson said of assembling the elements that will tell Eastman’s story.

Eastman, who endured a bout with scarlet fever as a little girl and had health issues for most of her life, died in 1928 at the age of 47. For Aronson, this is yet another reason to honor her subject with a complete biography.

“She deserves this recognition,” Aronson said. “Many of her ideas are still so relevant—from worker benefits, to disarmament, to international cooperation, and also her proposals about private life and work/family balance. She had a candor in her writing—that’s what grabbed me the most when I stumbled upon some of her articles. She just feels so current; I think she can speak to a new generation of women in a very resonant way. She’ll sound like them. It will feel like she’s in the same room with them; at least that’s how it seems to me.”