skip to main content
Return to Fordham University
You are at:Home»Commencement»Prestigious Scholars Fan Out Across Globe 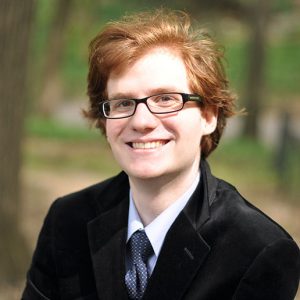 Once again, Fordham’s award-winning scholars will take the University’s 174-year tradition of cura personalis across the nation and abroad.

As of May 11, 159 undergraduate and graduate/professional students have garnered recognition in 173 national and international competitions. There are 10 students who have been offered Fulbright awards, one of whom earned a Fulbright-Clinton. Two students remain Fulbright alternates.

The University claimed a fifth Gates Cambridge scholarship this year, as well as three Borens, an Emzingo NextGen Fellowship, and a DAAD research grant. According to the Office of Prestigious Fellowships, more awards are likely to come, despite financial belt-tightening by many scholarship funds and foundations.

“A number of fellowships have greatly reduced the amount that they contribute,” said John Ryle Kezel, PhD, director of the Office of Prestigious Fellowships. “In the Fulbrights we’ve been making double digits almost every year, and this year was no different. Given the climate, I was astonished.”

For most students, the awards are the fulfillment of lifelong dreams. 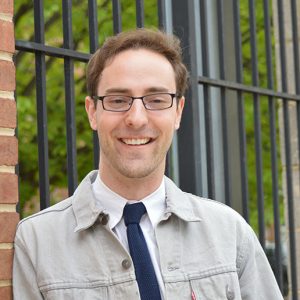 The winner of the Gates Cambridge award, Nikolas Oktaba, FCLC ’15, is a scholar of ancient Greek and Latin who focuses on how gender and sexuality depicted in ancient texts affect modern classics. He is one of 40 students from the United States selected to go to Cambridge for the nine-month master’s program.

“I’ve always read the work of Mary Beard in the worlds of classics and feminism,” Oktaba said of the English scholar. “I’ve always wanted to meet her, and now I’ll be able to do that—often.”

Jonathan O’Neill, FCRH ‘15, has been awarded a St. Andrews Society of New York scholarship to get a master’s in playwriting at the University of Edinburgh. O’Neill has had four plays produced in New York City and he is looking forward to researching his family’s Scottish history.

“I am thrilled to see where my great grandmother came from and learn to appreciate my ancestry,” he said.

For John Turiano, FCRH ’14, a love of languages and an interest in snuffing out political corruption helped him land Germany’s prestigious DAAD research grant. This German fellowship aims to create a network of scholars between the United States and Germany, said Kezel.

Turiano’s Italian grandparents first sparked his interest in learning a foreign language. While at Fordham, he studied for two years in Russia as part of his major in international political economy. He will attend Berlin’s Hertie School of Governance, a relatively new school with a strong research department in political and corporate corruption, particularly in Eastern European nations.

“My ideal job would be to eventually find a position at an NGO as a watchdog in the developing, Russian-speaking countries,” he said. 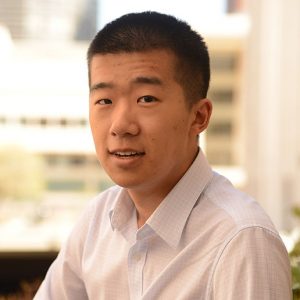 For Lihan Yao, FCRH ’15, a love of mathematics blossomed under the tutelage of Frank Hsu, PhD, Clavius Distinguished Professor of Science and chair of the Department of Computer and Information Science. Yao is going to Hungary on a Fulbright grant because it has a highly developed mathematics community that shares his interest in graph theory. The theory has many applications, notably in social media.

“Think of your Facebook profile as a connection point, or node. You have a node, I have a node, and we can connect. That online community is part of the huge network. The mathematical term for such a network is a graph, and I’m studying graph theory,” said Yao. “All of the truths I discover about these graphs can be carried over for Facebook algorithms and other social media. It’s a very hot topic.”

Yao said that Hsu had worked with the late mathematician Paul Erdős, a Hungarian developer of graph theory. With more than 500 collaborators, Erdős was one of the most prolific mathematicians of the 20th century.

“He’s one of the reasons I wanted to go to Hungary in the first place, because I heard all these great stories about what the Hungarian mathematicians were up to,” said Yao. “In some ways I can continue the work that Dr. Hsu was doing with Erdős.”

Samantha Andrews, GSAS ’15, will go to Jordan on her Boren fellowship, where her goal is to continue to do her work at the “nexus between development and conflict.”

After graduating from the U.S. Naval Academy at Annapolis, Andrews spent five years with the Marines, specializing in logistics. When she was deployed to Japan, she helped coordinate equipment and personnel after the 2011 earthquake. Andrews said that her time in the military showed the strong role that nonstate actors play in underdeveloped nations. She plans to study Arabic and hopes to keep using her logistical know-how to help Middle East nations in conflict.

“Many times, the military is not going to be the answer to creating a democracy, although it may be a tool,” she said. “But strengthening countries that respect and encourage human rights is the priority.”

Jennifer Li, LAW ’15, Fulbright grant to India for, “The Role of Independent People’s Tribunals in Changing Law and Policy in India;”

Dana Swanson, LAW ’15, critical language scholarship to Jordan and Fulbright-Clinton Fellowship to Myanmar for “Women and Development in Burma.”