Poets Out Loud (POL), the community of poetry at Fordham University’s Lincoln Center campus, celebrated the works of two prize-winning poets at the most recent installment of its acclaimed reading series. 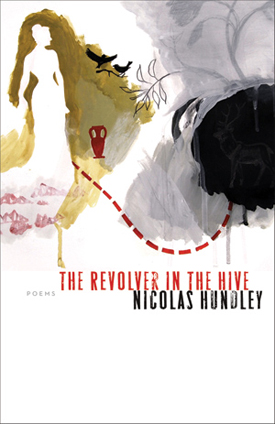 Carroll and Hundley read excerpts from their prize-winning books on March 26 at the Lincoln Center campus and were introduced by Evie Shockley, Ph.D., associate professor of English at Rutgers University, who also read from her work.

“We’re looking for the best and most interesting work that’s being done,” said Elisabeth Frost, Ph.D., associate professor of English and editor and director of POL’s prize series.

“At the time I started this project, it felt as though the publishing world was divided into schools or approaches, so a given book series might be known for publishing very experimental work, or personal work, confessional work, or whatever [style],” she said. “But there’s not one agenda to the [POL] series. What we’re looking for is fantastic, innovative writing, and not one particular quality over another.” 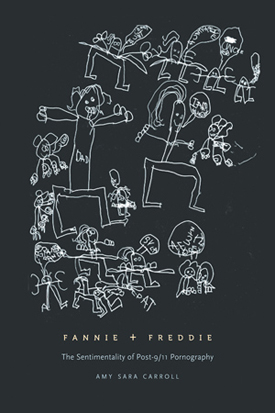 Innovation, she said, was what stood out in both Carroll’s and Hundley’s books. Carroll’sFannie + Freddie is an “unbelievably brave book,” Frost said, not only because of its unique overlay of text and images throughout the book, but also because of its approach both to tough social issues such as the recession and to personal hardship in the poet’s life.

Hundley’s book, meanwhile, takes a quieter approach, Frost said. Marked by subtlety and intimacy, The Revolver in the Hive deals with grief that is both personal and social as it weaves together the story of a father’s death with the gradual destruction of a landscape.
Established in 1999, the POL book prize series selects an unpublished manuscript of poetry from hundreds of entries annually to be published by Fordham University Press. This year’s judge was poet Claudia Rankine, author of the poetry collection Don’t Let Me Be Lonely (Graywolf, 2004). The Editor’s Prize, for which Frost serves as judge each year, was added in 2010.