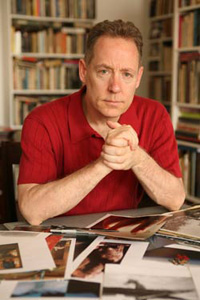 Matthew Maguire, chairman of the Department of Theatre and Visual Arts
Photo by Michael Dames

Matthew Maguire, M.F.A., chairman of the Department of Theatre and Visual Arts at Fordham University and the newly appointed director of the theatre program, received an Obie Award on May 21 for his play, Abandon.

Maguire, who wrote and directed Abandon, a drama about a young woman who is desperately afraid of love, won in the best director category. This is the second Obie for Maguire, who was previously honored in 1998 for his performance in the one-man play, I Don’t Know Who He Was and I Don’t Know What He Said. The Obie awards, or Off-Broadway Theatre Awards, are given annually by the Village Voice for outstanding achievement in Off-Broadway productions.

“I really love all aspects of the theater and I try to practice in more than one area,” said Maguire, who has written more than a dozen plays. “So this Obie is recognition that it is possible to accomplish that.”

Maguire’s award comes on the heels of his appointment in April to the director’s post. He had served as acting director following the death of Lawrence Sacharow in August of last year. He has been a faculty member in the department since 1992, where he directs the playwriting program, and has been the department chair since 2006.
“As the search committee interviewed distinguished theater professionals from around the world, it became clear to every member of the committee that Matthew Maguire was far and away the best person to lead our theater program into the future,” said Robert Grimes, S.J., Ph.D., dean of Fordham College at Lincoln Center. “His second Obie is simply confirmation of what we already knew.”