skip to main content
Return to Fordham University
You are at:Home»Inside Fordham»Faculty Reads»New Book Tackles Fairness on the Top Court 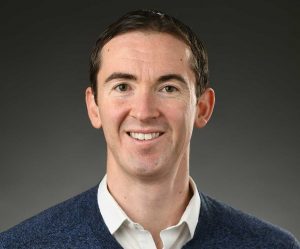 It seems like a no-brainer: When a sitting Supreme Court justice is presented with a case in which they have a personal stake in the outcome, they should recuse themselves. To do otherwise is to damage the credibility of the court as a neutral arbiter.

Yet when the constitutionality of the Affordable Care Act was presented to the court in 2012, neither justice Elena Kagan nor Clarence Thomas stepped aside in the face of calls for both to do so. And the court still stands today.

In Ethics and Accountability on the US Supreme Court, (Suny Press, 2018) professor of political science Robert Hume, Ph.D., explores recusals, a much discussed yet poorly understood phenomenon.

“We have a lot of political talk about recusals out there, but no empirical work to find out if any of this talk is based in reality,” he said. 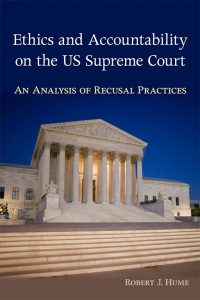 “There is no formal public process for recusals, which means it’s very hard to get data. You can observe when justices withdrew from cases, but what you don’t know is all the cases where they could have withdrawn but chose not to.”

As part of his research, Hume reviewed ten years of financial disclosure reports submitted by justices, and he found that in cases where businesses and corporations are involved, the justices do recuse themselves when they stand to benefit from a decision.

On the other hand, Hume found that when a case is expected to be close, and every vote is possibly a pivotal one, justices are less likely to recuse themselves. The Affordable Care Act case is the perfect example. Kagan had been the solicitor general for President Obama when some of the legal arguments for the Affordable Care Act were first being developed, while Thomas’ wife Ginni Thomas was actively campaigning against Obamacare.

“The justices tend to be mysterious about the recusal process so they can have that kind of flexibility. They don’t want to find themselves down a member and risk dividing equally on a really important case like health care,” Hume said.

Hume traces an uptick in interest in recusals to 2004, when Antonin Scalia was criticized for participating in a case involving Vice President Dick Cheney, even as the two went duck hunting together. This was not a new phenomenon; Hume notes that as recently as 1963, Justice Byron White went skiing with attorney general Robert Kennedy while the court was considering two cases that involved Kennedy.

But the public’s blasé attitude toward this sort of fraternization was tested severely by Watergate, and today, Hume said hyper partisanship has made recusals game for political activists seeking to sway court decisions in their favor.

Fortunately, he said that case outcomes rarely change because of recusals, and even though the court operated with only eight justices last year, it rarely issued 4-4 rulings. Justices, it turns out, make extra efforts behind the scenes and find consensus, because the courts’ legitimacy rests on its ability to reach decisions.

“That matters because it affects what the scope of the precedent is, but the bottom line tends to be the same, and the impact is relatively modest.”