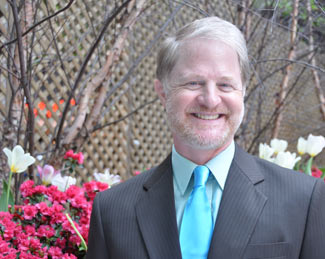 Not all of Fordham Law’s graduates are just starting out in the world.
After four years in the school’s prestigious night program, Paul Marks, a retired Army lieutenant colonel, is poised to kick off a second career as a corporate lawyer.

Marks took evening classes at Fordham Law while teaching Chinese at West Point and later pursuing a similar job at the Brunswick School in Greenwich, Conn.

After graduation, he will begin helping British Law firm Allen & Overy with its dealings in Southeast Asia. It’s a position he is uniquely qualified for, having spent eight years there while in the Army.

Marks explained that his career switch was driven by several factors, one of them being the Army’s requirement that non-generals retire after 30 years.

“I had almost a blessed Army career. I was in the Army for 21 years, and I never had assignment I didn’t want. I was never sent anywhere I didn’t want to go,” he said.

“I almost felt as if I had done everything I would have liked to have done, so there was no harm in considering another career,” he said. “And by that point, I had five kids.”

Marks was drawn to the law thanks to his fascination with the constitutional and military law courses he took as a cadet, as well as the law’s application to his job as an officer.

“I don’t know if the average person realizes it, but an Army officer’s job is very, very legal,” he said. “Most commanders and officers on the front line are in the minority.

“One out of five officers has a combat arms job, and the rest of us support them in what they do,” he said. “A Marine general once coined the phrase ‘the strategic corporal,’ because you could have a 20-year-old corporal on a street corner in Baghdad making a decision that’s going have ramifications all the way back to the White House.”

He will be even further from combat in his new position, but at the same time, corporate law will allow him to use his expertise in Chinese language and culture.

“You’ll have U.S. securities lawyers working in British firms in Hong Kong, with clients from Pakistan to China who want to sell bonds to U.S. buyers,” he said. “So you need a U.S.-qualified securities lawyer to write the 200-page document for them that says this is everything about our company from A to Z, now please buy our bonds.”

Earning his degree at night meant that his days would sometimes begin at 5:30 a.m. and end at 10 p.m., but Marks noted that for corporate law, night classes were in many ways ideal, because that’s when most adjunct professors teach.

“Fordham has a huge range of fascinating electives that I don’t think you could get elsewhere. Even if you did, they probably wouldn’t be taught by practitioners like ours are,” he said.

“We have the Brooklyn district attorney teaching a class. We have judges teaching classes. We have attorneys who, during the day, are working on multi-billion-dollar agreements between corporations. Then they come to class at night, and they take out an agreement they did a year ago, and that’s what you do for class.”