skip to main content
Return to Fordham University
You are at:Home»Inside Fordham»Faculty Reads»Method Acting, Practiced by Many but Criticized by Some
Lee Strasberg (above), artistic director of The Actors Studio
In casual conversation, “method actor” is often a wry quip, tossed out in reference to an actor’s seemingly strange efforts to become immersed in a role and play it to the hilt.

But there’s much more to the term than that, as shown in a new book by Shonni Enelow, a professor of drama and performance studies in the English department at Fordham. In Method 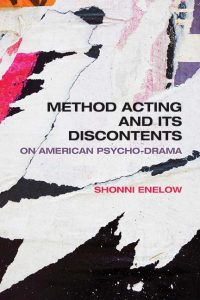 Acting and Its Discontents: On American Psycho-Drama (Northwestern University Press, 2015), she shows how method acting became bound up with ideas about identity, psychology, race relations, and the growing dominance of mass media in the 1950s and 60s.

It was sometimes found wanting, she said. “What we now think of as the 60s avant-garde … really rejected many of the central tenets of method acting. That’s the hinge that I’m looking at,” Enelow said. “Method acting also has a contentious and ambivalent relationship to the dramatic texts which I talk about at length.”

Method acting—as opposed to, say, more presentational acting, with its “sense of display, or spectacle”—includes various techniques (methods) for portraying characters realistically, Enelow said. Her book’s focus is Lee Strasberg, artistic director of The Actors Studio in New York, who believed in drawing on one’s own memories of emotions and physical sensations.

Some artists implicitly criticized method acting in their work because of its focus on psychological identification. Writer/playwright James Baldwin, for instance, felt that the type of theater that incorporated method acting “was not going to be capable of representing his politics,” and, therefore, would lack the political force he wanted to convey.

An example is Baldwin’s play Blues for Mister Charlie, in which one character echoes the idea that “if we could just identify with the other and understand his motivations then we could come together,” Enelow said. “By the end of the play, the white characters have sort of been frozen” in vignettes that explain their actions, while “the black characters have traded that kind of psychologizing in for direct political action,” she said. 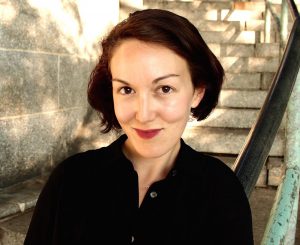 Baldwin also faulted method acting’s universalism, the idea that “if you do this sequence of exercises you can actually become all these different people, enter into all these different characters,” she said. “Baldwin came to see that that only worked if you were white, and that was actually a very exclusionary practice that allowed white actors a mobility that was denied to black actors.”

She also examines a seminal work by French dramatist Jean Genet, Les Nègres, clownerie, or The Blacks: A Clown Show. The play “catalyzed a kind of avant-garde rejection of method acting” with its attack on the idea of achieving justice and goodness through identification with other people, she said. In the play, the actors—all of them black—perform a ritual onstage as a distraction from the revolution taking place offstage.

She ends the book with a look at William Greaves’s documentary, Symbiopsychotaxiplasm: Take One, which emphasized improvisation, and relates the film to method acting and to larger concerns about conformity, and what she calls scriptedness, in the nascent age of mass media.

“For Greaves, method acting actually is a sophisticated tool for negotiating this problem of scriptedness, the problem that the script, the social script and the dramatic text, has suddenly become somehow inadequate for representing what artists want to represent,” she said.

Relating acting methods to their historical periods offers a unique sort of insight, she said.

“In acting, unlike other art forms, the material is your body and mind,” she said. “That’s why acting theories often have a lot to do with contemporaneous historical models of selfhood, [or]what it means to be a person. So that’s why I think it’s quite interesting to think about acting methods in their historical contexts.”