Measuring and Making a Difference: 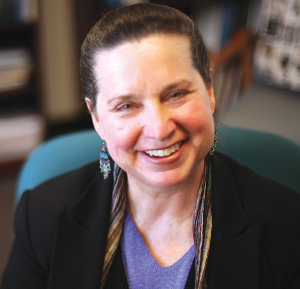 Margo A. Jackson conducts research and workshops with middle-school and graduate students on microaggressions.
Photo by Tom Stoelker

Measuring the hurt resulting from unintentional racial slights can prove difficult, but it’s just that sort of subtle undermining of an individual’s morale that drives the research of Margo A. Jackson, Ph.D., associate professor of psychology in the Graduate School of Education.

Jackson has been studying the phenomenon, known as microagressions, since the mid-1990s—well before the term took hold in academia.

“Race is a difficult topic for anyone to talk about, but this is the kind of racism that’s more ambiguous and more chronic, so it’s harder to track,” she said.

Regardless of whether someone’s emotions are ambiguous or not, Jackson’s science demands evidence. As such, she has developed questionnaires and methods that produce hard numbers and compelling narratives in response to a variety of circumstances. Her subjects range from urban middle-school students trying to get into a good high school to veterans looking for work.

Jackson said that microagressions often shape the way her clients perceive themselves and can shade their ambitions. The insults can be racist, sexist, and/or classist. They are often unintentionally insulting.

“It’s not just ignorance that causes this; we all have biases and we all step in it,” said Jackson. “But we must find a way to deal with it in a manner that brings us closer rather than distances us.”

Jackson designed two training methods that involved a counselor interacting with a client and a third person of the same race and gender as the client. In one method using confrontation, the third person played the aggressor and challenged the counselor’s unintended stereotyping, giving voice to what the client might be thinking. This caught some counselors off guard and they responded defensively.

But in a stereotype reversal method, the third person used “Imagine if…” statements to reframe the stereotyping assumptions as if they might apply to the counselor’s own racial or cultural frame of reference.

“The study was to examine what was more effective in terms of empathizing with the client,” she said. “[And] it helped put the counselor in the other person’s shoes.”

Jackson is more than simply a casual observer. She is a white woman who is married to an African-American man, and she is the mother of biracial children. Through personal experience as well as research, she has come to learn that a lot of what she considered to be isolated slights were actually part of the daily grind for her subjects.

“A lot of people think that we’re post racial and that all the ‘isms’ are a thing of the past,” she said. “But systemically these subtle biases add to the achievement gap, untapped potential, and barriers to well-being for members of groups that are vulnerable, like women, homosexuals, people of color, and older people.”

In Jackson’s terms, people who work with people—like psychologists, teachers, and employers—need to identify the challenges facing members of groups vulnerable to discrimination and then identify strengths that could help them overcome those challenges.
“But first, we need to identify our own hidden biases, not only to challenge our blind spots, but also to build on our empathic resources as potential strengths for multicultural perspective taking,” she said.

In one study, Jackson and her team of graduate students interviewed New York City middle-school students who were struggling academically about their experiences with success and their personal accomplishment stories. Before the students began taking “gateway” courses in high school that could determine their access to college and careers, Jackson investigated whether “success learning experiences” could be linked to educational and career pathways.

The researchers hypothesized that identifying sources of self-efficacy might help the teens overcome the challenges partly brought on by microagressions. Four categories of self-efficacy were identified as: 1. One’s direct experience with success. 2. Vicarious effects, such as seeing someone else succeed. 3. Social persuasion, being encouraged to succeed. 4. Physiological arousal, such as the experiencing pride and joy in success.

A subsequent series of studies has culminated in a Participatory Action Research (PAR) project “For and By the Participants.” Jackson and her team of graduate students have collaborated with middle-school students from groups underrepresented in professions grounded in science, math, and technology. The middle-school student members of the PAR team are scholars in an enrichment program at the Fordham University Science and Technology Entry Program.

Together, they have developed a 72-item measurement tool of sources of self-efficacy and they are building scientific evidence for its utility in theoretical, psychometric, and cultural relevance.

The measurement tool has been “incredibly useful,” Jackson said, allowing her doctoral students to test the validity of self-efficacy theories and to make the process more culturally relevant.

She said it has been most effective in small, well-facilitated groups where, taking turns, each speaker’s success story can lead participants to hash out what they understand the speaker’s strengths to be.

Jackson integrates service and teaching in her research projects. For example, she has provided her PAR team with scientific training on how to evaluate the reliability and validity of items in psychological measurement. She has also trained and supervised her PAR team to provide individually tailored career counseling exploration experiences that help participants in small groups to strength-based career-related sources of self-efficacy.

The PAR team had its peer-reviewed proposal accepted to present a workshop to facilitate this exercise at the Winter Roundtable for Multicultural Psychology and Education held at Columbia University in February. The middle-school students (all but one who are now in high school) and their graduate student partners co-presented the findings. They explained and demonstrated how the exercise functioned, and helped lead workshops where participants could experience the exercise themselves.

“The middle-school students were able to name their sources of self-efficacy, name their strengths, and name what they wanted to learn about, as well as co-facilitate this process with workshop participants who were professional educators and psychologists in training or practice.”

“The power of psychology is really just helping people name, own, identify, and build on their feelings, thoughts, and behaviors in constructive ways” said Jackson.