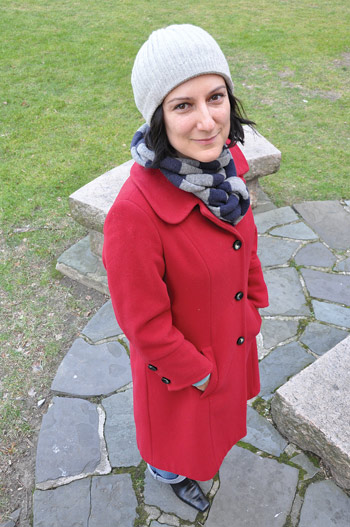 The population of France is 60 million. The world population of French speakers, on the other hand, is roughly 260 million. So when studying the history of the French language, it behooves one to spread a net much wider than France itself.

Lise Schreier, Ph.D., associate professor of French, knows this well. Schreier’s research into the history of colonialism focuses on France, but also on Haiti, a country that financially supported a third of France’s population before it won its independence in 1804. The complex ties between the two countries are not widely understood, she said.

Schreier believes that integral to the study of a nation’s language is the nation’s history as well. Her compass for what direction to take her research is the classroom, and, in the case of Haiti, the result was “Francophone Caribbean Literature,” a class she developed and taught last year in response to the 2010 earthquake.

“Whatever I do, I also want to use and discuss in class,” said Schreier. “It is important to not limit ourselves to a pretty image of France, and sometimes that’s what students arrive with.

“Of course it’s really interesting to study French, but there’s also a very complex history that they need to be aware of.”

Her current research, for a book tentatively titled The Playthings of Empire: Exoticized Children and the Politics of French Femininity, 1780-1895, explores one of the ugliest aspects of French history: The custom of offering African children as travel souvenirs to French women.

It was a practice that started in the 15th and 16th centuries and became much more common in the 17th century. By the 19th century, it had ended, but it lived on as fiction, with an important twist. In 1879, required reading in many French schools described how African children were offered up as gifts to French children, not grown women. The idea was that, to become fully realized adults, the children needed a “toy” to practice with.

“This practice was real before the ‘glorious days’ of French colonialism, and then it disappeared,” said Schreier. “But then it came back as a fictional narrative in schools. So tens of thousands and of French children read these books and were taught that what they should do is teach African children to become ‘civilized.’ Even when they became adults, several generations of French people considered all Africans as children.”

Finding examples of the texts that detail both the original practice, and the later fictionalized one, required a great deal of detective work. In addition to archives, she found source material at flea markets and in the attics of private homes. (“You might find one line in one letter, saying ‘Yes, I have one of those children,’” she said.)

Schreier actually discovered one image for the book after she was done with her research. The painting, of a woman with a dark-skinned child, was hanging in a castle two hours outside of Paris that she was visiting while on vacation.

“It gave me an entirely new direction because I knew that this woman had had one of these children, and I could look at her correspondence, and continue building my list,” she said.

This project follows her first book, Seul dans l’Orient lointain. Les voyages de Nerval et Du Camp, (Pub. de l’Université de St. Etienne, 2006), which, in English, translates as Alone in the Orient (Nerval and Du Camp’s travels). In that tome, she explored a curious 19th century phenomenon: Most French authors at the time traveled to places like Egypt, Lebanon and Syria, and although they were most often accompanied by others, they systematically claimed to have traveled alone.

The writer Lamartine was a good example. While he claims in his writings to have bravely traveled alone to Jerusalem, his cook was writing letters back home about how Lamartine was seasick, tyrannical with his entourage, and generally making life difficult for his retinue of helpers. Lamartine’s wife and only child also accompanied him on the trip (the couple’s child died during the journey, a catastrophe not mentioned in the travelogue).

Schreier surmises that, at that time, the Middle East and Africa were viewed as spaces where young French artists could come of age, but for that to manifest itself, the artists had to be on their own.

Once again, research took Schreier to unexpected places, because much of her sourcing relied on private papers.

“That book was one of those cases where you literally have to go to the head librarian, knowing what type of wine she likes, and then go to her house and put the bottle on her table. You see the piles of letters on her desk, and you know that you have to talk your way through, to get your chance to see them. That takes a lot of convincing,” she said.

“It was a very good Bordeaux. I spent a lot of money on that, but it worked,” she said.