skip to main content
Return to Fordham University
You are at:Home»Faculty Profiles»Lawyer’s Research Sits at Nexus of Race and Ethics, Law and Health

Lady Justice is blind to prejudice. Unfortunately, the same cannot always be said when it comes to medicine and the law. 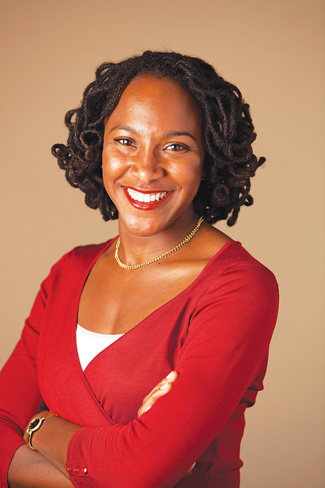 Kimani Paul-Emile, an associate professor of law, excavates these issues in her research and brings to light some challenging truths.

In “Patient Racial Preferences and the Medical Culture of Accommodation” (UCLA Law Review, 2012), she addressed the case of hospital patients who demand that the doctor assigned to them be of a similar race or ethnicity.

Paul-Emile admitted that her first instinct was that an accommodation based on race was “reminiscent of the kinds of discrimination that led to the passage of various civil rights laws.”

“But the more I looked through empirical research with patients, it became clear that this is something that actually benefits some patients, and the law didn’t appear to offer much guidance on how to address this practice.”

The idea that a “culture of accommodation” is beneficial to patients was confirmed in a 2010 study undertaken by the University of Michigan Health System, the University of Pennsylvania, and the University of Rochester. For Paul-Emile, the question was whether existing law prohibits the practice—and if it doesn’t, should it?

“Title VII (of the Civil Rights Act of 1964), for example, which covers employment discrimination, would apply, so physicians could sue if they are taken off a case and wanted to stay, even if the patient didn’t want to work with them,” she said.

Paul-Emile said that the physician might very well win the case; and yet, the practice has been happening for years and not one physician has reportedly sued.

“Doctors are deciding among themselves to accommodate these requests and this is likely because they believe that patients do better when they have the doctor they want. But physicians are also self-interested. If something goes wrong, patients are more likely to sue if they don’t like the physician.”

The country has come a long way since the early 20th century, when black patients were deliberately denied anti-syphilis drugs in the infamous Tuskegee syphilis experiment, Paul-Emile said. Still, studies show that minorities get substandard care for pain relief, cancer, and many common treatable diseases.

“It seems as though respecting patients’ autonomy in this context could, ironically, work in a way that protects patients of color from ongoing physician bias, abuse, or discrimination—even though it might seem at first blush to be like any other form of discrimination,” she said.

In “The Regulation of Race in Science,” (George Washington Law Review, 2012), Paul-Emile acknowledges the importance of taking race into consideration when conducting research on human subjects, even though race is a social, and not a genetic, construct.

During the AIDS crisis, racial minorities were underrepresented in tests for drugs like AZT, so there was a push to include more minorities and women in studies. While that is a good thing, there is still a danger that researchers might “biologize” or “geneticize” race in the process.

“There’s a robust discussion about this among scholars in the natural and social sciences. What I think is missing, and what this article offers, are guidelines for how researchers can think about race in a way that’s productive,” she said.

The drug BiDil, for example, was approved by the FDA in 2005 for use by black Americans suffering from hypertension. Theories abounded as to why blacks suffer disproportionally from the disease. One theory posited that, during the Middle Passage, slaves were denied water, and those who found ways to keep more salt in their bodies retained water and survived, whereas those who didn’t, perished.

“When researchers really pushed, they found that BiDil didn’t work better or differently in blacks than in other groups, and that black Americans’ elevated hypertention levels were linked to diet and the fact that having dark skin in the United States subjected them to more social stresses and fewer social and economic resources than those with lighter skin color.”

In her newest research, Paul-Emile is looking at employment discrimination against the one in four Americans with a criminal record. Title VII forbids employment policies that summarily exclude individuals with a criminal record if such actions disproportionately affect minorities. Blacks and Latinos, who are more likely than whites to be arrested for low-level offenses, are overrepresented in the criminal justice system. Therefore, blanket hiring prohibitions tend to have a disparate impact on them.

But it’s impossible for job seekers to know if they’ve been rejected for a discriminatory reason, since companies pre-screen applicants through privately maintained databases before candidates are even invited for an interview.

According to Paul-Emile, “The question, then, becomes how to ensure employment opportunities and encourage the reintegration of former offenders into a society where they face significant discrimination, while balancing their interests with those of employers and society at large?”

Rather than relying exclusively on Title VII to protect this population, Paul-Emile advocates importing norms and legal frameworks from the health law context, specifically the Americans with Disability Act and the Genetic Information Nondiscrimination Act.

“This model, which focuses on the regulation of information technology, reducing social stigma, balancing costs, and fostering rehabilitation, may enable employers to make fair and effective hiring decisions, without engaging in invidious discrimination, or creating an underclass of individuals with criminal records,” Paul-Emile said.