skip to main content
Return to Fordham University
You are at:Home»Faculty Profiles»Law Professor’s Research Taps Complex Machine That is the City 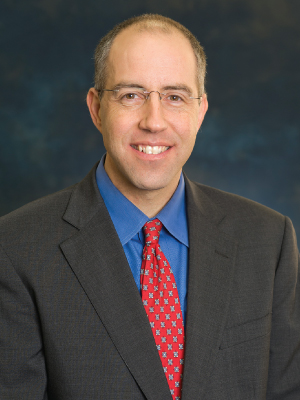 Following decades of population shifts, today more people live in urban environments than outside of them. That’s a lot of humanity to supervise, and Nestor Davidson is deeply involved in how the law keeps them in harmony.

“There are some really interesting legal questions that you can filter through place and filter through what is unique about cities,” said Davidson, a professor of law at Fordham Law School. “What does it mean to think of the city as a place where areas of law such as land use, policing, or public health interact, and do so with all the questions of legal authority?”

In addition to his own research, which focuses primarily on housing, Davidson runs the Fordham Urban Law Center, which opened in 2012. In March, the center helped organize a symposium celebrating the 40th anniversary of the student-run Urban Law Journal. Davidson said that the existence of the journal—the only one of its kind in the nation—factored into his decision to come to Fordham three years ago.

“If you do civil procedure, everyone knows within a broad range what you’re doing,” he said. “[But] in urban law, there are no clear red lines.”

“Here at Fordham we have this incredible faculty that are probably the best in the country at thinking across silos…about the interaction between law and cities.”

Smart Law for Smart Cities: Regulation and the Transformation of Urban Technology, a conference the center is sponsoring in February 2014 with the Law School’s Center on Law and Information Policy, the Schools of Business’ Center for Digital Tranformation, and the University’s Urban Studies Program, is a good example of the interdisciplinary nature of the center. The conference will examine the roles of law and regulation with regard to technological advances affecting cities.

The fact that the MTA can give you real-time information about subway availability on your iPhone, for example, represents a radical change in the way government interacts with the public and collects the public’s data. Some cities even allow residents to report a pothole by texting a photo of it to their buildings department— where the geo-location data reveals its whereabouts.

“There are a lot of really creative, interesting things that are happening, some of which could be even more transformative if we could figure out the right regulatory structure,” he said.

“There are also some genuine concerns that have been raised about privacy and security with the embedding of technology,” said Davidson.

Based upon his research, Davidson has advocated for a conversation about affordable housing that is not limited to understanding housing as just a poverty policy, income transfer, or land use policy, but also as a real estate transaction. Affordable housing in New York is currently created through partnerships between private developers and government agencies. In an arena that is both highly regulated and highly subsidized that brings together such disparate entities, lawyers have a unique opportunity to be a bridge, he said.

“Lawyers can talk to officials about legal requirements and read complex parts of the tax code, and they can also talk to the finance people and the developers and the people doing the construction,” he said.

“I think that’s underappreciated and it raises some real challenges, but is also really interesting if you think about how the institutional design of most of our delivery systems for affordable housing is this public/private partnership.”

The internal structures of local governments are another research area for Davidson. When Mayor Michael Bloomberg proposed capping the size of soda sold in New York City, for instance, Davidson was surprised that New York state’s courts struck the caps down, because, he said, courts normally show deference to the expertise of government regulatory agencies.

“Thinking about the portion cap, how do we think about the administrative agency involved? How do we understand the relationship between mayors and city councils? Is it the same as the presidency and Congress, or is it different?” he said.

“I think there are some very interesting questions that you can ask when you start to unpack what are sometimes very complex, very large governmental organizations that happen to exist on the local level.”

Considering the recent paralysis of the federal government, Davidson said it is a great time to give cities their due. He noted that there are municipal governments effectively tackling issues such as climate change, economic development, and public health.

“Mayors are really taking the lead on areas of public policy that we might once have thought you really needed to get some big federal agency to do. All of these questions of policy implicate the law,” he said.