skip to main content
Return to Fordham University
You are at:Home»Inside Fordham»Faculty Reads»Jung Versus Freud: Did Fordham Tear Them Apart?

Just over 100 years ago, Carl Jung came to Fordham’s Rose Hill campus to discuss his evolving theories on psychoanalysis. In what came be known as the “The Fordham Lectures,” he set the stage for a definitive break with his mentor Sigmund Freud.

In October of 2012, Fordham marked the 100th anniversary of the lectures with a two-day conference featuring dozens of Jungian scholars.

Now Mattson, an organizer of the 2012 event, and Frederick Wertz, PhD, professor of psychology and associate chair for undergraduate studies at Lincoln Center, have edited and published the papers presented at the conference. Jung in the Academy and Beyond: The Fordham Lectures 100 Years Later (Spring Journal Books, 2015) also includes an essay by Wertz for the book. 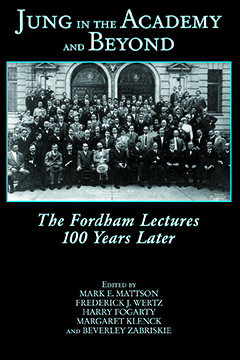 Mattson said that psychoanalysis was still in its infancy at the time of Jung’s lectures. The event was touted as a chance for practicing physicians to continue their education—in this case, a newly developing science from Europe.

“Doctors were always bemoaning that psychiatry should be much more scientific,” said Mattson. “Since the lectures were held in New York they were able to bring together an international cast to discuss that.”

In discussing his essay, Wertz said that while many believe that the Fordham Lectures caused the infamous rupture between Jung and Freud, Wertz said that close reading of letters between the two revealed that the lectures did not play a role.  Jung was in continuous contact with Freud before and after the lectures, to let him know that he would be contradicting his theory.

“Freud was nervous,” said Wertz. “It was significant and bold for Jung and he did exactly what he said he would do—he criticized Freudian theory and presented the kernel of all his ideas.” Six months later, the two had their famous break.

Wertz’s essay serves as the book’s first chapter. In thoroughly exploring the issues, Wertz concludes Jung affirmed and used Freud’s methods unaltered, and diverged only from his theories. The break was personal, not professional.

“When you read the lectures you see that Jung credits Freud and that he is informed, illuminated, guided, and trained by Freud in his methods of investigation,” he said. Freud expected that scientists would modify his work, said Wertz.

Nevertheless, in the lectures Jung diverged from Freud’s methods, but it was not cause enough for a break.

“Freud was a scientist not a dogmatist,” said Wertz.

When Jung returned to Europe he sent a copy of the lectures to Freud, who responded by saying that Fordham lectures were “excellent.”

“These were disagreements among scientists, the break took place for personal reasons, not theoretical difference. ”