skip to main content
Return to Fordham University
You are at:Home»Inside Fordham»Hughes Hall: 120 Years of Service 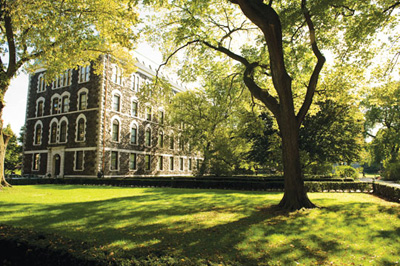 1891: Built by the Rapp & Johnson Lumber Co. It is known as “Second Division” or “Junior Hall,” and was home to Fordham Preparatory School. (College students, who were known as the “First Division,” reported to Dealy Hall.)

March 1973: The College of Business Administration Student Government passes a resolution beginning a student-faculty poll on the desirability of moving CBA faculty into a renovated Hughes Hall in September. The motion passes even as some class officers express concern that the move from Faculty Memorial Hall will “break up the community spirit” of CBA.

1978: The building is mostly used for storage.

June 1982: The first three floors are converted into a temporary dormitory for 180 freshmen.

Summer 1984: The fourth and fifth floors are converted into a dormitory, and an elevator is added to the structure.

2011 and 2012: The building is gutted and converted into the new home of the Gabelli School of Business. 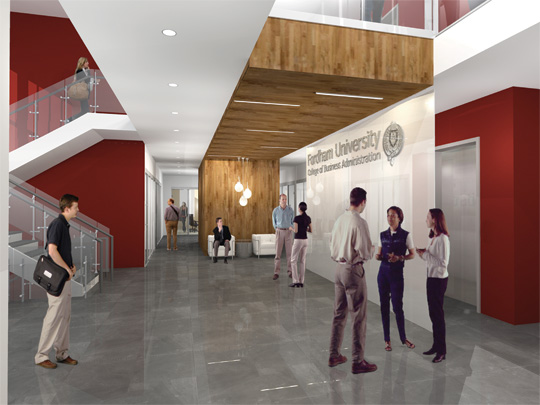 Thanks to Raymond Schroth, S.J., and Monsignor Thomas J. Shelley for their assistance.