skip to main content
Return to Fordham University
You are at:Home»Inside Fordham»Housing the Homeless, No Strings Attached 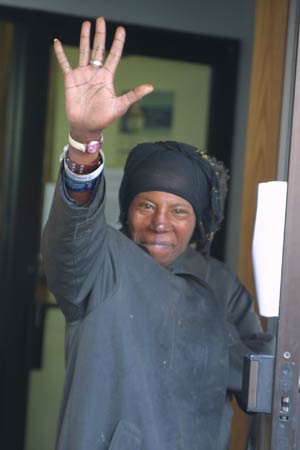 A program that puts New York City’s homeless population in housing first, and then offers them clinical services for their illnesses, has a higher success rate of permanently keeping them off the street, a homeless advocate said on Jan. 14 at Fordham University.

Sam J. Tsemberis, Ph.D., faculty in the department of psychiatry at Columbia University Medical Center and founder and executive director of Pathways to Housing, Inc., said that his program, Housing First, successfully placed 80 percent of its homeless applicants in housing in just one year.

By contrast, city-run programs that first require applicants to go through clinical treatment to be declared “housing ready” had a 23 percent success rate.

Tsemberis founded Pathways to Housing in 1992 because his outreach showed that many homeless people were not clinically ill, and most wanted a place to stay more than they wanted treatment.

“What we learned was that for every person we needed to take to Bellevue, there were 30 people who didn’t need hospitalization,” he said. “What they needed was more clothing, a meal and a place to stay.

“Homeless people don’t have to be trained to be ‘housing ready,’” Tsemberis added. “Any homeless person must have survival skills if they can stay alive through a New York City winter, so it’s an imagined difficulty to think they have to be trained to live in a place that has running water, a bed, and a lock on the door. For them, that’s a piece of cake.”

Under the model, homeless people who want housing must pay up to 30 percent of their income toward the rent (usually from a Social Security check or other federal subsidy). They are then given clinical and support services for their illnesses. The expenditure per person, Tsemberis said, is approximately $22,000 per year, significantly less than the city shelter services’ expenditures of between $28,000 and $35,000.

Tsemberis encouraged members of the Fordham community to volunteer for the sixth annual HOPE Count 2009 on Jan. 26. That evening, some 1,800 volunteers worked through the night to count the number of people living unsheltered in New York City.

Last year, Fordham provided the greatest number of volunteers from any single institution—some 100 people—for the nightlong project, according to Doug Becht, of the Bronx Citizens’ Advice Bureau.

This year, the University hoped to match or surpass last year’s volunteer total, said Robert Reilly, assistant dean for the Feerick Center for Social Justice and Dispute Resolution, who is himself a former volunteer.

“I can tell you it was an eye-opening experience,” Reilly said.

The lecture was sponsored by Fordham’s Community Service Program, Fordham Law School, the Graduate School of Social Service and the University’s Consortium on Social Justice and Poverty Justice.