skip to main content
Return to Fordham University
You are at:Home»Faculty Profiles»History Professor Asserts the Enduring Value of Agrarian Societies 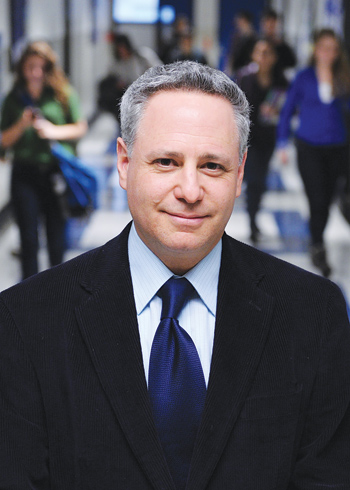 Prior to the global economic crash of 2008, many nations faced a crisis of a different sort—a food crisis—brought on by a worldwide spike in the prices of commodities like corn, wheat, and rice. Haiti was one of the countries particularly hard hit. In the spring of that year, many Haitians starved even though they were surrounded by rice. Imported rice.

For Steven Stoll, Ph.D., associate professor of history, the situation was perplexing.

“I knew that Haitians had produced a very distinct kind of rice that they were extremely proud of,” he said. “Where was that rice?”

According to Stoll, policies established by the International Monetary Fund created a situation in which Haitian rice became more expensive than imported rice—in effect, forcing Haitians to abandon their domestic farmers for engagement in, and dependence on, the global market.

It was a move designed to “modernize” Haitian society by turning the people into wage earners who could purchase goods. Stoll, however, questions the notion that traditional agrarian societies need such modernization, given the often dismal results it produces, as exemplified by Haiti.

“Haiti once had a thriving countryside,” he said. “What happened to it? All of these people now lived in the bidonvilles—in the slums. How did they get there? It was the entrance for me into asking the larger question of how agrarian people become dependent.”

The plight of agrarian societies is the central focus of Stoll’s research, and he is currently at work on a book titled Outliers and Savages: The Ordeal of the Agrarian Household in the Atlantic World.

“I’m interested in how they hung on, how they were undermined, the resistance they put up, and ultimately, I’m interested in whether or not this model should be regarded as a possible route for economic development. Perhaps instead of dispossessing agrarians, development agencies should be working to strengthen them and make it possible for them to do what they do better: grow and sell their garden and field crops without industrializing them or turning them into wage workers.”

In tracing a history of agrarian households in North America, Stoll looks to the Appalachian societies that first populated the forested mountains of western portions of Pennsylvania and Virginia, which, at that time, marked the nation’s frontier. In the period after the Revolutionary War, this “American peasantry,” as Stoll refers to them, were extraordinarily adept at thriving in a harsh landscape that was undesirable to landowners grabbing up fertile bottomland. They were also able to maintain their economic independence from the burgeoning nation-state.

According to Stoll, such independence rankled Federalists like Alexander Hamilton, who tried to force Appalachians to pay a tax on rye whiskey, thus provoking the Whiskey Rebellion of the late 18th century.

Stoll emphasizes, however, that Appalachians also engaged in vigorous trade and bought the things they desired but couldn’t make themselves.

Though the Appalachians stood up to Hamilton and did
not pay the Whiskey Tax, they later succumbed to other pressures when the desire grew for natural resources on their land—namely, timber, metals, minerals, and eventually coal. When wealthy landowners gained control of their land and cut down their forests, Appalachians were forced to seek work as coal miners and became dependent on wages. Their agrarian society collapsed.

To outsiders, the move from agrarianism to market dependence may signify a positive shift away from outdated practices toward modernization. Stoll, however, attributes this view to
a theory developed by 18th-century Scottish philosophers, particularly David Hume and Adam Smith, who conceptualized human society as naturally progressing through sequential stages from hunting, herding, and farming, to a commercialized division of labor.“There’s no evidence for this [theory]whatsoever,” said Stoll. “Yet it influenced the way people in the West looked at economic development for centuries . A lot of people look at how we live as the outcome of a process of social evolution that says that this is the best of all possible worlds. But that view invalidates the way billions of people live by defining them as backward.”

Stoll sees proof of the continuing value of subsistence food production in places like Uganda, where, despite political problems, there is a “thriving food producing peasantry,” which produces so much food that some of it is exported.

“It’s a very unusual situation in which the government actually derives GDP import dollars from a non-capitalist sector of production,” he said. “They more than feed themselves. Far from starving, they’re thriving.”