skip to main content
Return to Fordham University
You are at:Home»Inside Fordham»Gaston Named Atlantic 10 Rookie of the Year 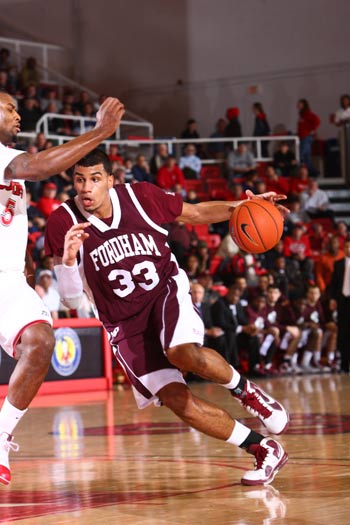 Freshman forward Chris Gaston (Palisades Park, N.J./St. Anthony) was named the 2010 Atlantic 10 Rookie of the Year in a vote by conference coaches.
He becomes the third Ram to be named Rookie of the Year, joining Bevon Robin (1998) and Bryant Dunston (2005).

In addition to the individual honor, Gaston was named to the 2010 Atlantic 10 All-Rookie Team. It is the second consecutive season in which Fordham has placed a player on the A-10 All-Rookie squad.

Gaston just wrapped up the most successful freshman campaign in Fordham men’s basketball history, leading the Rams in scoring—averaging 18 points per game—and rebounding—averaging 11.4 rebounds per game. He also recorded a team-high 50 blocks, 26 steals—tying for the team lead—and 43 assists.

On the season, Gaston recorded 19 doubles-doubles, the most for a Fordham player over the past 40 years.