skip to main content
Return to Fordham University
You are at:Home»Inside Fordham»Four Distinguished Alumni Inducted into Hall of Honor 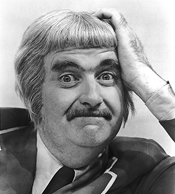 On Oct. 22, Fordham welcomed four distinguished alumni as the newest inductees into the University’s Hall of Honor.

The Hall of Honor recognizes alumni whose lives have exemplified the ideals to which the University is devoted. In the case of the 2014 inductees, those ideals include a dedication to the world’s vulnerable citizens and extreme courage in the face of danger and adversity.

Father Vincent Capodanno, FCRH ’52, earned the nickname “Grunt Padre” because the Vietnam War Navy chaplain and lieutenant insisted on living, eating, and sleeping in the same quarters as the enlisted men, known as “grunts.” In September 1967, when praying over the wounded and the dead on a Que Son Valley battlefield, he stepped in between an injured U.S. Marine and a machine gunner. A burst of fire riddled the priest with 27 bullets, and he made the ultimate sacrifice. He was 38 years old. Father Capodanno was posthumously awarded the Medal of Honor in January 1969, and also received a Purple Heart and a Bronze Star.

In creating his beloved Captain Kangaroo program, Bob Keeshan, UGE ’51, once said that he operated “on the conviction that [the audience]is composed of young children of potentially good taste, and that this taste should be developed.” That respect and admiration for young people informed all of Keeshan’s work, from his early days as Clarabell the Clown on The Howdy Doody Show, to his own celebrated Captain Kangaroo, to his later work as a children’s author and advocate. As the Captain, Keeshan earned five Emmy Awards, three Peabody Awards, and one National Education Award during the show’s nearly 30-year run. 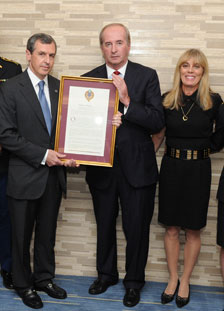 Robert C. Murray, FCRH ’68, spent his early years on Marion Avenue in the Bronx, a stone’s throw from the Rose Hill campus. He entered Harvard Business School after Fordham, but left early to join the Army. On June 7, 1970, Murray was serving as a squad leader with Company B in Vietnam when a member of the squad tripped an enemy grenade. “Staff Sgt. Murray unhesitatingly and with complete disregard for his own safety,” reads his Medal of Honor citation, “threw himself on the grenade, absorbing the full and fatal impact of the explosion.” He was 23 years old. Vice President Gerald Ford presented the Medal of Honor to Murray’s family in August 1974.

Long before the civil rights movement of the 1960s, Ruth Whitehead Whaley, LAW ’24, was the first black woman to enroll at Fordham Law School, where she graduated at the top of her class. In 1925, she became the first black woman admitted to practice law in New York. Whitehead Whaley argued before the Second Circuit Court of Appeals many times during her career. She became a recognized expert in civil service law, representing black local government employees in discharge proceedings. She was later appointed secretary of the New York City Board of Estimate, which worked in tandem with the City Council. She served in that post from 1951 to 1973.

The Hall of Honor blessing was followed by a reception and ceremony in Bepler Commons of Faber Hall, where the newest members of the Archbishop Hughes Society were also honored. Fordham inducted 36 individuals, families, corporations, and foundations into the society, which recognizes benefactors whose lifetime support of the University totals $1 million or more. Joseph M. McShane, S.J., president of Fordham, referred to those new inductees as “the quiet companion(s) who walked with our students . . . a serene presence in their lives. They know that you love them and care for them. You are very much, I would say, men and women in the Fordham mode.”