skip to main content
Return to Fordham University
You are at:Home»Inside Fordham»Founder’s Scholars: Gowns, Tuxes, and Living a Dream 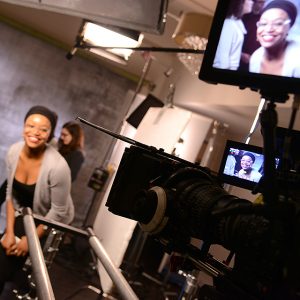 Alexandria Johnson gets ready for her closeup.

Amidst the buying of gowns and the renting of tuxes, a few scholars were chosen to participate in the making of a video shown the night of the event.

Some of the matches were intentionally parallel, like Ailey-Fordham dancer Alexandria Johnson, FCLC ’14, and Ailey-Fordham sophomore Henry McCall.

Other matches were not planned, like Mary Alcaro, FCRH ’12, and Fordham College at Rose Hill senior Kristen Guzman, both of whom discovered just before the video shoot that they attended the same grade school, Immaculate Heart Academy in Washington Township, New Jersey. 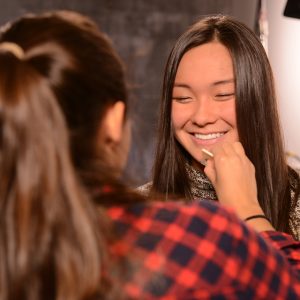 One thing that all of this year’s scholars said they had in common was the shock upon finding out they’d been selected to be a Founder’s Scholar, an award reserved for undergraduate men and women who have gone beyond the boundaries of expectation in their coursework, extracurricular activities, and personal experiences..

“I got the email and forwarded it to my mom and she was like, ‘Is this a scam?’” said McCall, who hails from St. Louis, Missouri.

Guzman said she was alone in her apartment when she got the email. She called her parents, both of whom had a similar reaction to McCall’s mother—disbelief.

Guzman said she even called the financial aid department and asked, ‘Is there more than one Kristen Guzman at this school?’

“First, I wanted to make sure they emailed the right person and I was reading this right,’” she said.

Johnson recalled when she received notice a few years ago. She said she Googled “Founder’s Award.” “I saw all this coverage about the gala and I was like ‘Am I going to go to this?’” said Johnson. 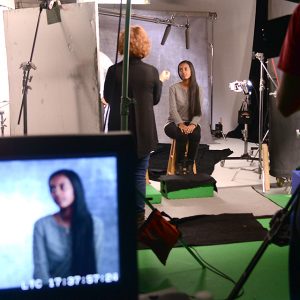 But while all were thrilled with the excitement of being able to attend the Founder’s Dinner, they were most appreciative of having the opportunity to attend Fordham. Every scholar said they would not have been able to do it without the scholarship help.

“It was a rush to get through the application process, but after I was accepted it became very real, and [my family]had to ask ‘How are we going to pay for it?’” recalled Alcaro. “When the Founder’s Scholarship came, it changed everything.”

“The scholarship allowed me to stay here and focus on myself instead of scrambling for a job and constantly feeling guilty that my parents couldn’t save for retirement,” said McCall.

Johnson said without the scholarship she would’ve never become the performer she is today. In the Ailey-Fordham program, she merged philosophy with dance.

“I was able to weave together all these ideas, so you read about Plato and think, ‘That makes sense with what my teacher was trying to say about my arabesque in ballet class today,’” she said. “If you don’t pursue that way of thinking in school you won’t have as many resources to tie back to your passion in life.”