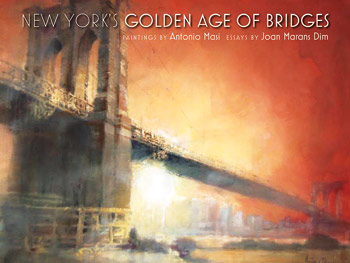 One wouldn’t think to group Bronx history with the music of St. Patrick’s Cathedral, but at Fordham University Press, the varied richness of New York subjects cried out for a larger audience.

Though Fordham has had a longstanding history of publishing books on the region, the 2010 introduction of Empire State Editions officially brought together New York City and state subject matter under one umbrella.

While the subjects of the seven books published so far vary, a consistent theme is clear—the city and state that Fordham calls home is also home to a trove of fascinating and extraordinary material.

The idea for Empire State Editions started some years back, according to Fred Nachbaur, director of the press. Before coming to Fordham, Nachbaur worked for New York University Press and was responsible for selling books from Fordham’s list. (NYU Press handled Fordham University Press’s distribution and some of its marketing.) While there, he noted the consistent market success of Fordham’s New York titles.

When he moved over to Fordham, establishing the Empire State Editions imprint was one of his first objectives.

“It’s important for two reasons. It both increases the content that is available and raises the profile of the press,” Nachbaur said. “We have a built-in market for the scholarly work, but Empire State Editions helps us to reach a general audience.”

Books published under the imprint include titles like Raised by the Church: Growing up in New York City’s Catholic Orphanages and Fifth Avenue Famous: The Extraordinary Story of Music at St. Patrick’s Cathedral. Nachbaur said the Empire State Editions imprint provides a home for stories that mainstream trade publishers aren’t picking up. 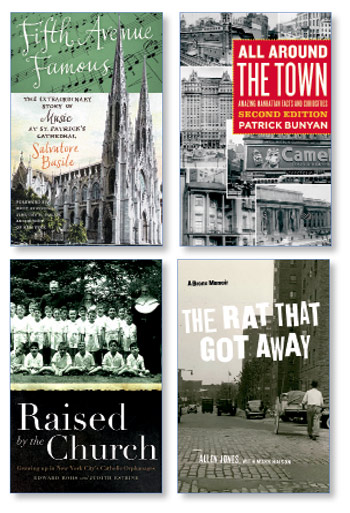 In addition to strong sales, the broad consumer appeal of the Empire State Editions titles has also benefited the Press in intangible ways, such as fostering collaborations with cultural institutions and generating media exposure.

“The trade houses will just look for the ‘blockbuster’ and not the interesting books that cover other topics,” he said. “There are three university presses in New York, and Fordham is the only one that’s really embraced this in a cohesive manner. I think it’s important that the university presses take on this role—publishing the stories of New York—because the trade houses aren’t.”

Janet Grossbach Mayer, veteran public school teacher and author of As Bad as They Say?: Three Decades of Teaching in the Bronx, said she is thankful for the unique platform Empire State Editions provided for her book.

“I knew I had a story to tell,” Mayer said. “My book began as I promised my students I would tell their stories and change people’s perspectives of the Bronx. I am forever grateful to Fordham [University] Press that my story got out there.”

Averaging sales of about 100 copies per month, Mayer’s title is one of several high-selling books for the imprint—which has an average initial press run of 1,500 to 2,500 copies per title. In addition to strong sales, the broad consumer appeal of the Empire State Editions titles has also benefited the press in intangible ways, such as fostering collaborations with cultural institutions and generating media exposure.

A recent book, New York’s Golden Age of Bridges, landed a spot in the December 2011 Gift Guide of Martha Stewart Living magazine. Nachbaur said that increased media exposure also leads to an increase in the author submissions the press receives.

The three books planned for Empire State Editions release in fall 2012 will delve into the sea life of New York Harbor, reflections on nature and New York, and the synagogues of the Lower East Side.

As the Empire State Editions library grows, Joan Marans Dim, historian and author of New York’s Golden Age of Bridges, said that the significance of books published by the press reaches far beyond the Empire State itself.

“When you think about New York City, and New York state, you see that much of what happened across the country happened here first,” she said. Dim said she was amazed by the sincere interest in New York history, evinced by the more than 200 people who attended her book’s launch event.

“I think it says a lot about the Empire State Editions and the fact that people care about these types of issues,” Dim said.