skip to main content
Return to Fordham University
You are at:Home»Inside Fordham»Featured Photo»Class of 1955 Makes the Rounds at Jubilee 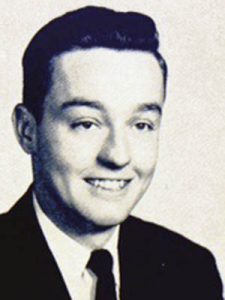 Nowadays, the Jubilee reunion is one of the University’s marquee events. But it wasn’t always that way. Back in 1980, when Bill Rothschild and his classmates got together for their 25th reunion, there was just a small tent, some cocktails, and a devoted group of Rams from the Class of 1955.

However, Rothschild, FCRH ’55, said it was that same spirit that brought several of the gang back to Edwards Parade this past weekend for their 60th.

“There were a lot of 80-year-old guys running around,” said Rothschild, who estimated that about 15 percent of his class had returned.

Rothschild credited the late Nick O’Neill, FCRH ’55, with organizing the 1980 reunion, which he said might have been the first of its kind. O’Neill passed away on April 19.

He said the esteemed Class of 1955 started the Fordham Club and can be credited with organizing the first Encaenia as well.

“We’ve had great events since the beginning,” said Rothschild. “It was a small school, and in many ways it’s still a small school even though we have Lincoln Center. But Rose Hill will always be a special place.”