skip to main content
Return to Fordham University
You are at:Home»Inside Fordham»Featured Photo»Famous Faces at Fordham 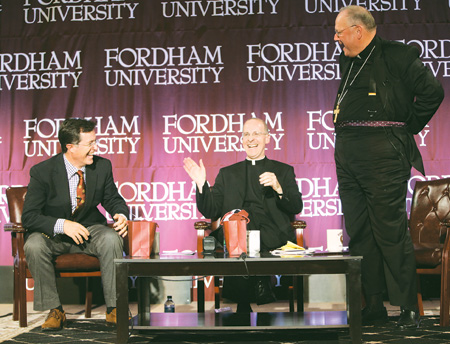 After professional funnyman and serious Catholic Stephen Colbert (left) donned the Fordham tie given to him at the end of an evening of humor, faith, joy, and the spiritual life at the Rose Hill campus on Sept. 14, Colbert gave his own tie toTimothy Cardinal Dolan, the archbishop of New York, who tried it out—as a belt.
Photo by Bruce Gilbert 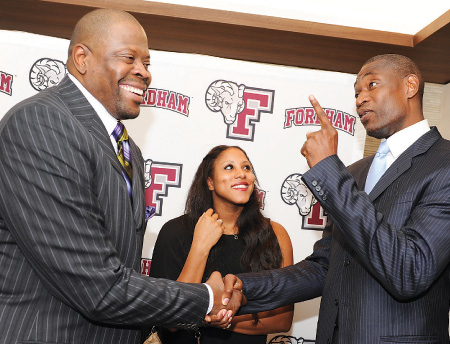 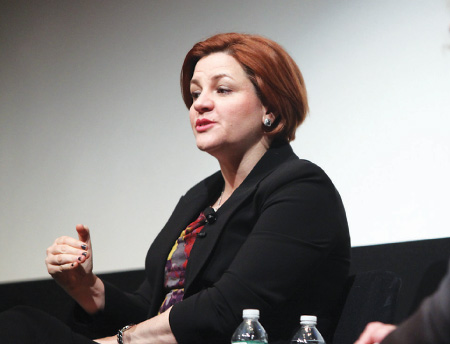 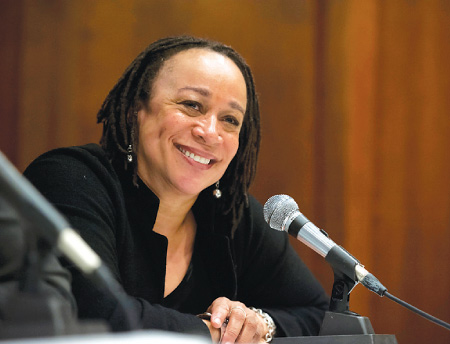 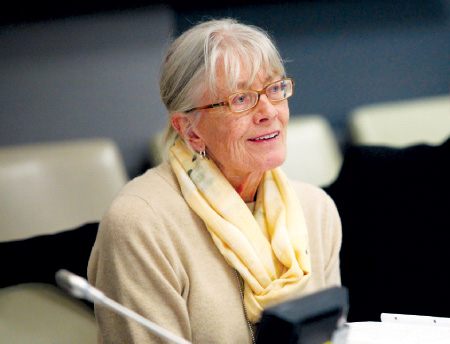 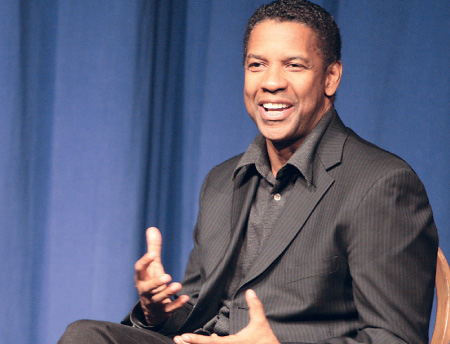 Taking a detour from the red carpet for the premiere of his new film, Flight, Denzel Washington, FCLC ’77, made an unpublicized stop to speak to Fordham theater students at the Lincoln Center campus on Oct. 14.
Photo by Tom Stoelker 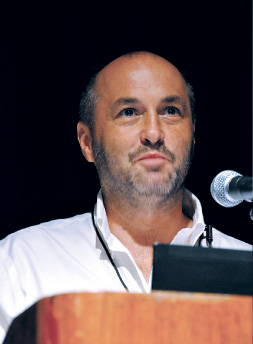 Fordham College at Lincoln Center freshmen were welcomed to campus on Aug. 28 by Let the Great World Spin author Colum McCann, who challenged them find their voice through the voices of others.
Photo by Janet Sassi 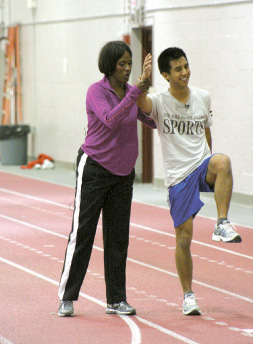 On June 18, Fordham hosted Olympic gold medal winner Jackie Joyner-Kersee at the Lombardi Field House, when she dropped in to coach Wall Street Journal reporter Stu Woo in the art of the long jump.
Photo by Joe DiBari 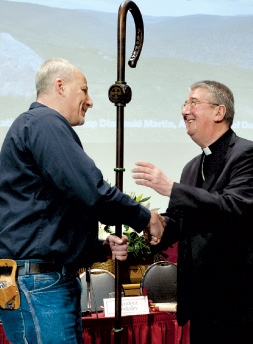 The Very Rev. Diarmuid Martin, archbishop of the Archdiocese of Dublin, was awarded an honorary doctorate of humane letters at the Lincoln Center campus, on April 24.
Photo by Leo Sorel