skip to main content
Return to Fordham University
You are at:Home»Inside Fordham»Famous Faces at Fordham: May 17, 2008 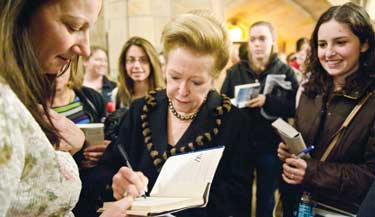 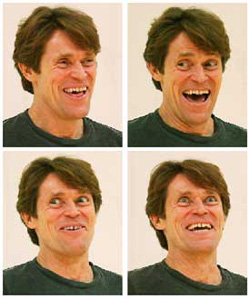 Willem Dafoe discussed the art and craft of acting with about 150 Fordham theatre students for more than an hour on Sept. 28. 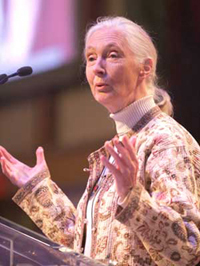 Conservationist and primatologist Jane Goodall told a roomful of educators why she considered their profession to be the highest calling, as part of the third-annual Teaching & Learning Celebration. Fordham’s Graduate School of Education was a supporter of the professional development conference that was held in March. 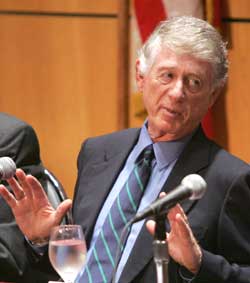 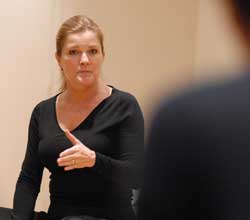 Young actors must combine passion and fierce discipline to face the demands of a career in film or on stage, according to actor Kate Mulgrew, who spoke with students in November at Franny’s Space on the Lincoln Center campus. 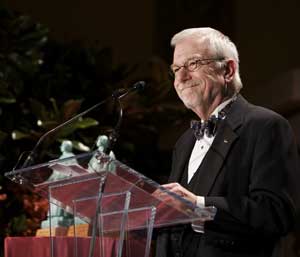 William F. Baker, Ph.D., president emeritus of the Educational Broadcasting Corporation, served as master of ceremonies at the annual Founder’s Award Dinner on March 31 at the Waldorf=Astoria. 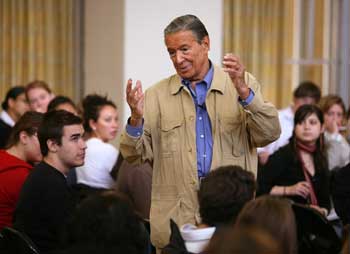 Mike Wallace decried the state of journalism during his visit to the McGinley Center on Nov. 6. The former 60 Minutes correspondent is the winner of some 20 Emmy Awards.