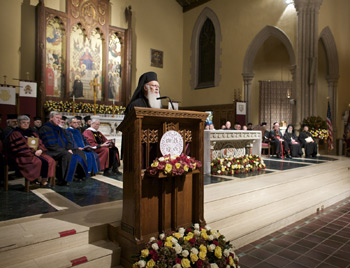 Ecumenical Patriarch Bartholomew accepts his honorary doctorate on Oct. 27 at the University Church and delivers an address on “Discerning God’s Presence in the World.” 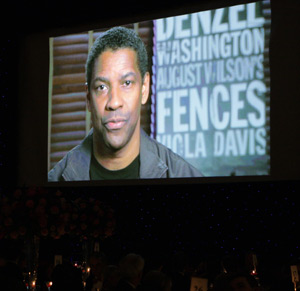 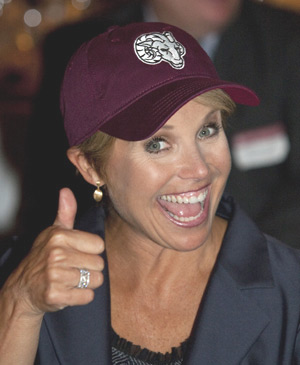 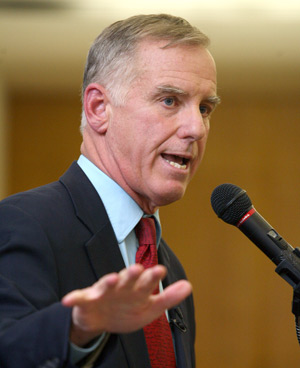 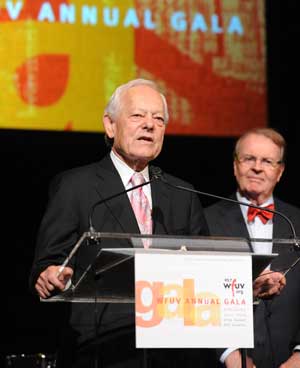 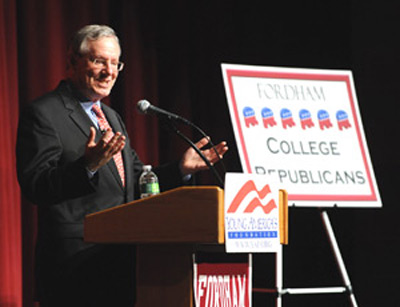 If the United States is going to recover from its fiscal crisis, it will need less regulation of business, Steve Forbes said on April 27 at Fordham Preparatory School. 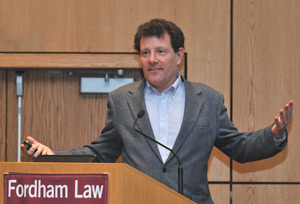 Journalist Nicholas Kristof says on Feb. 22 that an increase in education and microlending to women in developing nations is helping fight poverty and discrimination. 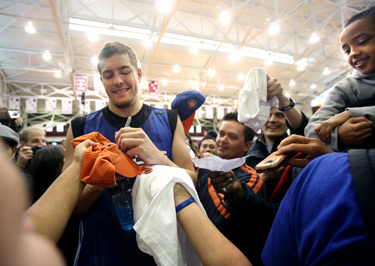 The New York Knicks held a free open practice for fans on Oct. 17 at the Rose Hill Gym. The team, including center David Lee(pictured), stuck around afterward to greet fans and autograph shirts. 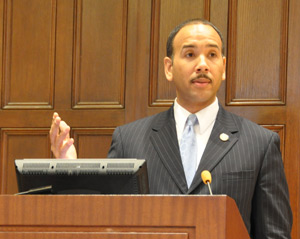 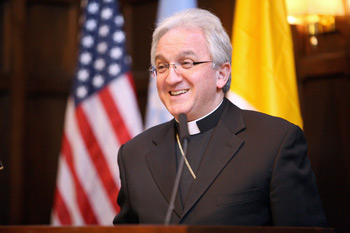 Archbishop Celestino Migliore, Apostolic Nuncio and Permanent Observer of the Holy See to the United Nations, says on Jan. 28 that Pope Benedict XVI wants to promote the concept of fraternal affection, which is absent from the modern world. 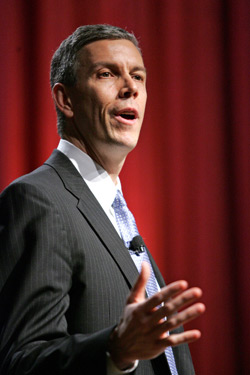 U.S. Secretary of Education Arne Duncan says at the Celebration of Teaching and Learning on March 12 that relative growth is more important than absolute test scores in judging a school’s progress. 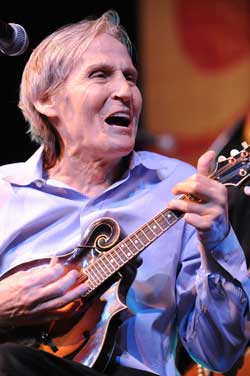 Levon Helm, a multiple Grammy winner, delivers an electrifying performance on May 5 at the annual WFUV gala. Helm received the Sound & Vision Award from the station. 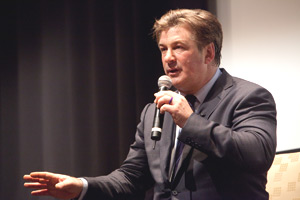 The conversation with Alec Baldwin on Feb. 25 ran the gamut from advice for young actors to gun control and renewable energy. 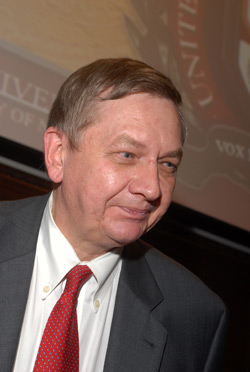 In his presentation on March 25 at Rose Hill,Michael Sulick, Ph.D., FCRH ’71, GSAS ’72, said that intelligence-gathering has been unaffected by the Obama administration’s ban on waterboarding. 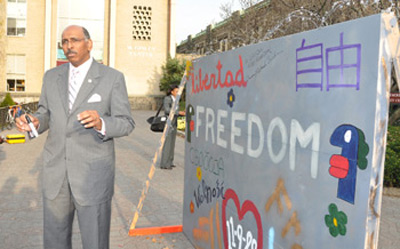 Fordham’s College Republicans celebrated the 20th anniversary of the fall of the Berlin Wall on Nov. 9 with a replica of the wall and a visit fromMichael Steele, chairman of the Republican National Committee.